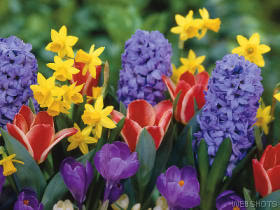 Chandrakauns is a very beautiful and striking rag.  It is also surprisingly easy to perform.  One should keep in mind, that there are actually two versions of Chandrakauns.  There is an old obsolete version, and there is the modern version.The name Chandrakauns is interesting.  The prefix "chandra" means "moon".  Although the etymology of the term "kauns" is obscure, it generally is used to represent five note rags.  There are several forms of both pronunciation and spelling, Chandrakosh is the second most common pronunciation.


Old Form - This is an example of how quickly rags can change.  Where a century ago, this might have been the only form that you would hear, today you will probably only hear this in old recordings.  The old form as was mentioned by Bhatkhande has the structure:

This form of Chandrakauns has a strong feel of Bhageshree about it.

Modern Form - The modern and most widely accepted version of Chandrakauns is an audav rag that is essentially identical to Malkauns with one small change.  In Chandrakauns the Nishad is shuddha rather than komal.  At first glance, one would think that the shift from the komal Ni to the shuddha Ni would make this rag more harmonically balanced and have a much more mellow feel.  However we must remember that the mind performs a musical inversion where the Madhyam is perceived to be the tonic.  With such an inversion, the shift from komal Ni to shuddha Ni actually increases the feeling of tension.  It is this tension that is the characteristic "massala" which makes Chandrakauns so strikingly beautiful.
For quite some time Chandrakauns has been a popular rag for the lahara.  The lahara, also known as the naghma (nagma), is a repetitive melody used in the accompaniment of tabla solos and in kathak pieces.  Bollywood in turn has picked up on this, and has further reinforced the association by frequently using Chandrakauns based laharas in scenes that depict traditional tawaifs (an Indian version of the geisha) and traditional kathak dances.

Here are the characteristics of Chandrakauns: