Leadership in the time of crsis

Mr. Roopen Roy is related to me through my son's marriage. He is the Managing Director of Deloitte Consulting. He writes a lot on many subjects like Commerce, Politics,and Society etc. This article is very interesting and every Professional and person must read. You can visit his websites http://www.roopenroy.com, http://www.mydigitalfc.com/2008/roopen-roy, if you feel like like reading more of his writings.

Leadership in the time of crisis

Roopen Roy
Recently, Toyota Motor Corp, the largest auto-maker on the planet faced a severe crisis. It had to announce the recall of millions of cars.  It was described by Toyota as a "moment of unprecedented crisis". "I am deeply sorry about the inconvenience and concern caused to our customers and others," a grim Akio Toyoda, the company's president and chief executive, said at a news conference at the company's headquarters in Nagoya, Japan.
I was struck by how the firm, which was deeply committed to the safety of its customers, reacted to the crisis. The recall was bound to cause a great financial loss to Toyota and have an adverse impact on its brand.  But they did not bury their heads in the sand in denial nor did they blame others. They did not say “ Our cars need better drivers” or “We need to be selective about people who buy our vehicles” or “We have nearly finished doing our internal investigation and we are yet to find any evidence that the alleged accidents have anything to do with faulty workmanship on our part”. The leader of Toyota took a bough and said, “I apologize from the bottom of my heart for all the concern that we have given to so many customers." 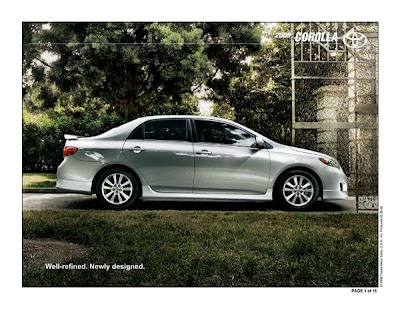 It was a dignified, honest and sincere approach of acknowledging a problem and dealing with it head-on. I am a customer of Toyota and the way the leadership dealt with the crisis increased my admiration of and confidence in the auto company.
Usually when a crisis hits a company, the natural tendency of disingenuous leadership is to go into a denial mode: “Nothing to do with me”’. Sometimes they can go into a “Deny it mode” and the refrains are “We did not do anything wrong”, “We cannot comment on why it happened” –“We did our job”. When the groundswell of public opinion and media reactions damage the brand, poor leaderships spend millions of dollars on PR consultants, media handlers and on a “we are innocent, we are victims” campaign.
But the legal process often catches up with the wrong-doing and negligence. The next phase is: find and punish scapegoats.  “Oh our product is without blemish, our processes are flawless, sorry a few of our workers and inspectors fell asleep on the assembly line , and guess what? We have fired them. End of the story: no remorse, no atonement, no apologies!!!
A crisis handled dishonestly can severely damage the brand experience and reduce the brand promise to an empty boast. My friend  Nirmalya Kumar, who is a Professor at London Business School, has studied how companies can manage such a crisis to enhance customer loyalty. He says, “Our research has identified “four Cs”  that should guide companies in troubled times: be candid, contrite, compassionate and committed.”
Let us look at another crisis in another continent. When hate crimes were being committed against Indian students in Australia –the first reaction in Australia was one of denial. Admitting hate crimes, the mainstream newspaper The Australian wrote in early February 2010 :"India is an enormous power in the new world order. It is Australia's fourth-largest export market, our second-largest source of foreign students. We earn about $14 billion a year in education exports. And it is a central player in the geo-strategic equations of Asia and increasingly of the whole world." In short, much was at stake.
The Foreign Minister of Australia Stephen Smith took a bold and courageous step of telling his Parliament , “If any of these attacks have been racist in nature - and it seems clear some of them have - they will be punished with the full force of the law". This was straight talk. Leadership in a crisis demands courage, conviction and candor.
I will relate an experience narrated to me by a dear friend who is no more. He had migrated to Los Angeles. After a year or so he was involved in a serious and tragic auto-accident in which lost his eyesight. An ambulance-chasing tort litigator soon arrived at his bed-side and wanted to be of help, “Tell me sir, it must have been the other guy who was speeding recklessly and crashed into your car.” “There was no other guy,” my friend said wearily, “I crashed into a tree.” “It must have been the poor lighting on the streets, we can sue the bureau of street lightings “I am sorry,” said my friend, “  it was around noon  on a clear day.” “Ah! Then obviously your brakes did not respond promptly and we should sue the auto company.” “Not really,” my friend added, “I pressed the accelerator instead of the brake by mistake and crashed into a tree in broad daylight.” The lawyer was exasperated by now. He concluded , “Then the only guy who deserves to be sued , sir, is the one who gave you the license to drive the car and clearly you do not  want to sue him. Good day and good luck.” Admitting a mistake is an admirable leadership quality. Blaming others including the regulator is not a smart strategy.
Owning up one’s own mistake is the most difficult task for a leader in the time of crisis.  Only a rare leader has the ability of looking at the mirror and admitting   that it is not a pretty sight.  The hubris, arrogance, ego, chutzpah and sycophants  come in the way of  saying  “We made a mistake and we are deeply sorry”. The embryo  of the crisis is often within.  As Jon Swain in his book the River of Time famously said, “   I think that I found my enemy at last: it was myself”.
Posted by hvaidya at 12:43 PM

So very true. How many of us have the courage to admit our mistakes and make amends.Honesty, Humilty etc are no more treated as values worth imbibing in to our lives. They are just words for vocabulary!