Why Ratan Tatas are important to this country? 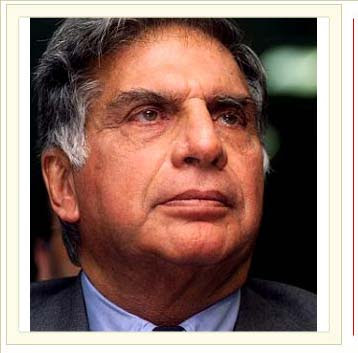 Hotel President a 5 star property also belongs to Indian Hotels.
The following is really touching.
What Ratan Tata did for the Mumbai victims.... Don't miss!!!!!!
SALUTE TO SHRI RATAN TATA
A. The Tata Gesture
a. Full last salary for life for the family and dependents;
b. Complete responsibility of education of children and dependents – anywhere in the world.
c. Full Medical facility for the whole family and dependents for rest of their life.
d. All loans and advances were waived off – irrespective of the amount.
e. Counselor for life for each person
B. Epilogue
This is NOT COVERED BY Any NEWS CHANNELS

Labels: Something interesting for reading

THIS IS ANOTHER GEM

One of Mr. Ratan N Tata's first assignments was the stewardship of the ailing electronics company in the Tata portfolio - Nelco.

Story goes that a team of senior managers from Nelco was driving to Nasik along with RNT. Halfway into the journey, the car had a flat tyre, and
as the driver pulled up, the occupants - including Mr. Tata - got off for a comfort break, leaving the driver to replace the tyre.

Some of the managers welcomed the forced break, as it allowed them a much-needed chance to light up a cigarette. Some used the opportunity to
stretch, and smile, and share a joke. And then, one of them suddenly noticed that Mr. Tata was not to be seen, and wondered aloud where Ratan Tata might have vanished.

· Was he behind some bush?
· Had he wandered off inside the roadside dhaba for a quick cup of tea?
· Or was he mingling with some passer-bys, listening to their stories?

None of these, in fact while his colleagues were taking a break, Ratan Tata was busy helping the driver change tyres. Sleeves rolled up, tie swatted away over the shoulder, the hands expertly working the jack and the spanner, bouncing the spare tyre to check if the tyre pressure was ok. Droplets of sweat on the brow, and a smile on the face.

In that moment, the managers accompanying Ratan Tata got a master class in leadership they haven't forgotten.

And that's a moment that the driver of that car probably hasn't forgotten either.