An autobiography of a middle class man - chapter 1 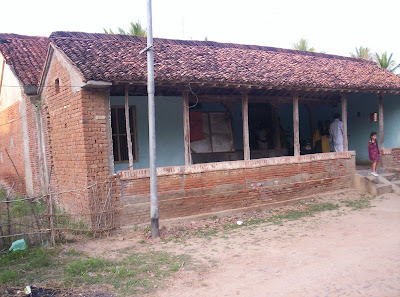 I have decided to post my feelings, views and thoughts here now and then, to be useful to the future generation, to learn what to do and what not to do. This is an autobiography, of a person, who was born in a middle class family. I will be happy if my experiences could be useful to any person who is from a middle class family like me and learn from the ups and downs of this life.

I was born on 7 January, 1942 at a small village called Thalaiyur, Nannilam Taluk, Tanjore District, Tamilnadu (erstwhile Madras state) My father Mr. vaithianathan was an agriculturist, at a village called Pavattakkudi which is very near to Thalaiyur, looking after the cultivable lands, available with his family. My mother Mrs. Seethalaksmi alias Pattu is from a family of village Munsif in that village, and my grand father was a sanskrit scholar and was having huge collections of sanskrit books. He had a small place at the banks of river "Naattaar" called "Madam" ( a place to stay) and all these books were kept there and young people were taught Sanskrit and Vedas.

My Grand father Mr. Subramania iyer, played a major role in shaping my life, and to some extent, at my younger age. He was, basically a very good man, pious, God fearing , orthodox and was well respected. But, by the time I grew to seven or eight years, he was not financially very sound and had a difficult time to meet both the ends. He used to wear his dhoti always in "panchagacham" style with a small tuft (Kudumi) in the back of his head. I have always wondered why he puts his sacred thread ( poonal) in his ear, while passing urine, and washing his genital in the tank. He later explained to me that "poonal" is sacred to Brahmins and it should never get polluted. He was not very proficient in Tamil and Tamil literature, as much as he was a scholar in sanskrit. Even though my mother was also well versed in Sanskrit, none of us were interested in Sanskrit. Except my mother, nobody else in the family was interested in learning Sanskrit. Two of her brothers, learnt and Studied Sanskrit, very much on a later date, just as a subject in the High School and College on a very later date of their life. She was a ferocious reader and it appears, read almost all the magazines and Novels , which were coming out in 1930s

I had the pleasure of purchasing some of those old Novels (books) again in 2006, for her to read and enjoy. She was reading them at the age of 85 even up to 2.00 or 3.00 A. M in the nights. She has directly or indirectly induced and cultivated a habit of reading in me and it helped me a lot, even though not in my academic studies.

I remember, that I requested her, when I was ten or eleven years old, to subscribe for "Aananda Vikatan" a famous Tamil Magazine on those days, ( even now it is a popular family magazine), when I came to know from some newspaper, that a new serial (Thodar Kadhai) by name "Justice Jagannadhan" by "Dhevan" is starting. She immediately told my father to inform one of our relatives, who was the newsagent in our village, to supply the magazine to us. Writers like Aarani Kuppuswamy Mudaliar, Vaduvur Doraiswamy Iyengar, Vai. mu. Kodhainayagi ammal, Lakshmi and Kalki and their writings were influential in shaping her life and her children's lives. 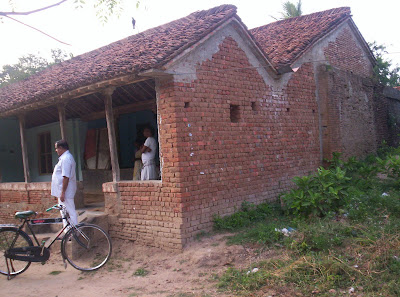 My mother was married at the age of 14 or 15. Imagine the feelings of a girl in 1930s about her marriage and her options to choose her husband, and what would have been her rights of expression. But, it appears, even on those days, my eldest uncle, my mother's elder brother, though not an educated man, was keen in selecting a person, who is suitable for her beauty and knowledge sans education. My grand father searched for many alliances, at various villages in and around, but my mother and uncle were rejecting them on some ground or other.

Finally, my grand father selected my father who was living in a village called Pavattakudi, which is just half a mile from her village, without consulting my mother, except informing her, about the selection. My mother was asked to see my father, when he was just crossing the road near her house, and she was shocked to see him. Because, she used to make fun of this man, for his tuft in his head, which was tied in a peculiar way. She never imagined to have a husband with tuft, but only a person, who had a neat hair cut. She objected for this alliance, but, nobody was prepared to listen to her, since my grand mother was pressing my grand father to fix the marriage immediately, before she attain puberty. Those days marriages were celebrated to the girls, before they attain puberty.

However, the marriage went through elaborately, and my mother went to her in-laws house. There was another shock waiting for her. Her mother-in-law was deaf, and was also of very cruel character. She ill treated my mother, and was always scolding her. My father was very attached to my mother ( I don't think on those days my father was matured enough to love my mother), but at the same time he was afraid of his mother. For that matter, everybody in that house was afraid of her, including my grand father. My father used to console my mother and requested her to adjust with her mother in law and advised her to be patient. It is now very funny to imagine, people living in a house surrounded by lot of people, without any privacy, meeting and talking to her husband only in the night, sleeping in a store room, still managed to get children. This lady, in forty years, learnt to adjust to office going daughters in law and in another twenty years to foreign living grand daughters in law. ( to be continued )

Rahul said...
Hi mama, waiting for your additions on the autobiography. Is it necessarily going to be chronological? Please post. And who is this mystery relative who spends more time in the sky then on land?
January 9, 2008 7:15 PM

sivaraman39 said...
Hello Dear Friend, This autobiography is very absorbing and brings back very nostalgic memories for me too(I am 70 years old) of an era gone by ,never to be experienced again,since almost all the values of that era(social,cultural and religious) are now considered obsolete and out of vogue. More power to your writing elbow.Keep it flowing. Best wishes, Sivaraman. You may access my FTP Account with Sangeetapriya.org here to enjoy some divine music: http://www.sangeethamshare.org/sivaraman/
July 30, 2008 4:59 AM

Anonymous said...
I was born in Pavattakudy too in 1942. I now live in the USA for the last 35 years. I am nostalgic about my small village. I enjoyed reading your story. My father Malaiperumal Pillai was well known freedom fighter with Gandhiji. Dr.M. Sundaramurthy
March 28, 2011 4:08 AM

hvaidya said...
Dear Dr. Sundarmurthy, Glad to note that you are also from Pavattakudi and you were also born in 1942. Then we may know each other if you had your education around Pavattakkudi. By any chance, had you left Pavattakkudi at the younger age for your studies somewhere else?
March 28, 2011 9:32 PM