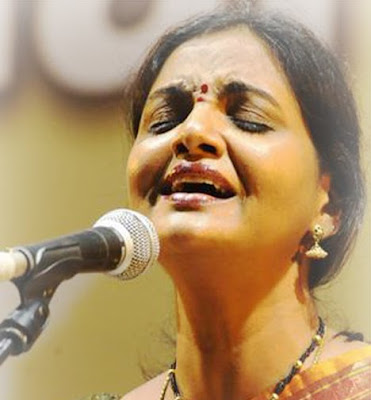 But it is Interesting to read 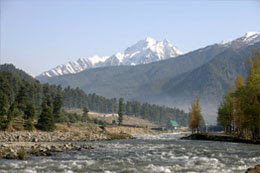 Once, about 30 years back, when I was traveling on a flight from Delhi to Madras, a gentleman who was sitting next to me,was a Kashmiri pundit. During the conversation, he asked me " Do you know what is a refugee?" I said, "Yes. A person who is displaced from his country. why?'  He replied " Do you know that I am a refugee." I questioned him, "Which country you belong to?" He sarcastically answered "India !" and said  "Sir. I am a kashmiri pundit. That is how we are called in Delhi."

Even after  30 years this is very green in my memory, and still the statement and sorrowful face haunts me.


Now do not miss to read this which appeared in Times of India
My name is not Khan, I am Mr Kaul

I am not Khan. My name bears a different set of four letters: K A U L. Kaul.
As those who know Indian names would understand I happened to be born in a
family which was called Hindu by others. Hence, we were sure, we would never
get a friend like KJ to make a movie on our humiliations, and the
contemptuous and forced exile from our homeland. It's not fashionable. It's
fashionable to get a Khan as a friend and portray his agony and pains and
sufferings when he is asked by a US private to take off his shoes and show
his socks. Natural and quite justifiable that Khan must feel insulted and
enraged. Enough Masala to make a movie.

But unfortunately I am a Kaul. I am not a Khan.

Hence when my sisters and mothers were raped and killed, when six-year-old
Seema was witness to the brutal slaughtering of her brother, mother and
father with a butcher's knife by a Khan, nobody ever came to make a movie on
my agony, pain and anguish, and tears.

No KJ would make a movie on Kashmiri Hindus. Because we are not Khans.

When we look at our own selves as Kauls, we also see a macabre dance of
leaders who people Parliament. Some of them were really concerned about us.
They got the bungalows and acres of greenery and had their portraits were
worshipped by the gullible devotees of patriotism.

They made reservations in schools and colleges for us. In many many other
states. But never did they try that we go back to our homes. They have other
priorities and 'love your jihadi neighborhood' programmes. They get flabbier
and flabbier with the passing of each year, sit on sacks of sermons; issue
instructions to live simply and follow moral principles delivered by
ancestors and kept in documents treated with time-tested preservatives.

They could play with me because my name is Kaul. And not Mr Khan. I saw the
trailer to this fabulous movie, which must do good business at the box
office.

There was not even a hint that terror is bad and it is worse if it is
perpetuated in the name of a religion that means Peace. Peace be upon all
its followers and all other the creatures too.

So you make a movie on the humiliation of taking off shoes to a foreign
police force which has decided not to allow another 9/11.

The humiliation of taking off the shoes and the urge to show that you are
innocent is really too deep. But what about the humiliation of leaving your
home and hearth and the world and the relatives and wife and mother and
father? And being forced to live in shabby tents, at the mercy of nincompoop
leaders encashing your misery and bribe-seeking babus? And seeing your
daughters growing up too sudden and finding no place to hide your shame?
No KJ would ever come forward to make a movie, a telling, spine-chilling
narration on the celluloid, of five-year-old Seema, who saw her parents and
brother being slaughtered by a butcher's knife in Doda. Because her dad was
not Mr Khan. He was one Mr Kaul.

Sorry, Mr Kaul and your entire ilk. I can't help you.

It's not fashionable to side with those who are Kauls. And Rainas. And
Bhatts. Dismissively called KPs. KPs means Kashmiri Pandits. They are a
bunch of communalists. They were the agents of one Mr Jagmohan who planned
their exodus so that Khans can be blamed falsely. In fact, a movie can be
made on how these KPs conspired their own exile to give a bad name to the
loving and affectionate Khan brothers of the valley.

To voice the woes of Kauls is sinful. The right course to get counted in the
lists of the Prime Minister's banquets and the President's parties is to
announce from the roof top: hey, men and ladies, I am Mr Khan.

The biggest apartheid the state observes is to exclude those who cry for
Kauls, wear the colours of Ayodhya, love the wisdom of the civilisational
heritage, dare to assert as Hindus in a land which is known as Hindustan
too and struggle to live with dignity as Kauls. They are out and exiled.
You can see any list of honours and invites to summits and late-evening gala
parties to toast a new brand. All that the Kauls are allowed is a space at
Jantar Mantar: shout, weep and go back to your tents after a tiring
demonstration.

Mr Kaul, you have got a wrong name.

A dozen KJs would fly to take you atop the glory - posts and gardens of
sympathies if you accept to wear a Khan name and love a Sunita, Pranita,
Komal or a Kamini. Well, here you have a sweetheart in Mandira. That goes
well with the story.

And you pegged the movie plot on autism.

I wept. It was too much. I wept as a father of a son who needed a story as
an Indian. Who cares for his autistic son, his relationship with the western
world, his love affair with a young sweet something as a human, as someone
whose heart goes beyond being a Hindu, a Muslim or a proselytizing
Vatican-centric aggressive soul. Not the one who would declare in
newspaper interviews: "I think I am an ambassador for Islam". Shah Rukh is
Shah Rukh, not because he is an ambassador for Islam. If that was true, he
could have found a room in Deoband. Fine enough. But he became a heartthrob
and a famousl star because he is a great actor. He owes everything he has to
Indians and not just to Muslims. We love him not because he is some Mr Khan.
We love him because he has portrayed the dreams, aspirations, pains, anguish
and ups and downs of our daily life. As an Indian. As one of us.

If he wants to use our goodwill and love for strengthening his image as an
ambassador for Islam, will we have to think to put up an ambassador for
Hindus? That, at least to me, would be unacceptable because I trust
everyone: a Khan or a Kaul or a Singh or a Victor. Who represents India
represents us all too, including Hindus. My best ambassadorship would be an
ambassadorship for the tricolour and not for anything else because I see my
Ram and Dharma in that. I don't think even an Amitabh or a Hritik would ever
think in terms Shah Rukh has chosen for himself. But shouldn't these big,
tall, successful Indians who wear Hindu names make a movie on why Kauls were
ousted? Why Godhra occurred in the first place? Why nobody, yes, not a
single Muslim, comes forward to take up the cause of the exiled and killed
and contemptuously marginalized Kauls whereas every Muslim complainant would
have essentially a Hindu advocate to take on Hindus as fiercely as he can?

If you are Mr Khan and found dead on the railway tracks, the entire nation
would be shaken. And he was also a Rizwan. May be just a coincidence that
our Mr Khan in the movie is also a Rizwan.

Rizwan's death saw the police commissioner punished and cover stories
written by missionary writers. But if you are a Sharma or a Kaul and
happened to love an Ameena Yusuf in Srinagar, you would soon find your
corpse inside the police thana and NONE, not even a small-time local paper
would find it worthwhile to waste a column on you. No police constable
would be asked to explain how a wrongly detained person was found dead in
police custody?

Because the lover found dead inside a police thana was not Mr Khan. No KJ
would ever come forward to make a movie on 'My name is Kaul. And I am
terror-struck by Khans'.

Give me back my identity as an Indian, Mr. Khan and I would have no problem
even wearing your name and appreciating the tender love of an autistic son.
Posted by hvaidya at 3:36 PM No comments:

Labels: but It is interesting to read

But it is Interesting to read 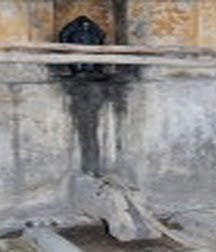 This was posted by our friend Vivek Vaidheeswaran in my gmail buzz. Since it was interesting to read, and many may not be aware of this, I am posting the link here.