How to identify and deal with backstabbers at work 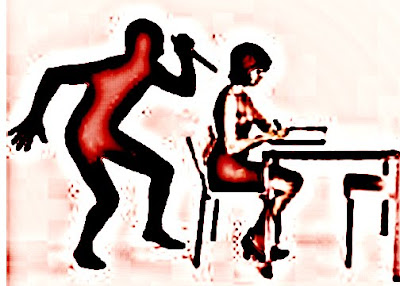 Backstabbing at workplace certainly devastates individuals, especially when a person doesn't know ho to deal with it. Now, career guru Kepcher has offered some advice on how to identify and cope with backstabbers at workplace.

Seemingly helpful team player who will enthusiastically support your suggestions and work to make the project a big success - particularly because she intends to take credit.

This will include magnifying her own role, using personal pronouns such as 'I' and 'me' as substitutes for "we" whenever possible.

He, too, will appear to be a helpful team player, offering encouragement and support in private.

However, the chameleon will launch into his command performance whenever bosses are present and criticize ideas he supported some time back, including subtly accusing his peers of failing to notice the problems.

His every move is an effort to make himself look good - by making others look bad.

Occasionally, the Backstabber will also be the boss. Sigourney Weaver nailed this role in the movie "Working Girl."

The most encouraging boss imaginable will steal the assistant's potentially career-making idea.

How to handle all kinds of backstabbers at your office, by Kepcher, reports the New York Daily News:

Stay calm. Do not let them make you emotional and defensive.

Don't wander through the jungle alone. Beware of private conversations that can be misquoted later. Use e-mail and group meetings to document your contributions.

Be polite, but persistent. Learn to say no.

Use direct phrases such as, "I'm perplexed you have so many negative comments about our idea since you were so supportive when we spoke privately yesterday. Is there a reason you didn't bring up your concerns until now?"

By being direct and careful, you can help push the Backstabber species in your workplace to extinction as quickly as possible.

Anonymous said...
Would like to add from my experience too. 1) Be on the lookout for nepotism. This is rampant in private sector. 2) If you don't like your work place or your boss or your colleague. KEEP YOUR MOUTH SHUT. Look for other opportunities. This is against 99% of the advise you may get but, this is best for your own sake. explanation follows. 3) HR is there to manage the resource needs and to keep head count. They are NOT there to help you with your 'problems'. 4) Managers' job is to get the project done. If you complain even for a genuine reason you will be labelled as trouble maker. 5) Do not smile like a silly idiot at everyone you see. Put on a serious/important face. 6) Develop a facial expression which will hide your feelings. For example, when asking some political questions at work place a manager (american) used to look 45 degrees down and smile without showing teeth. Then gives a neutral answer. If you want to learn this technique; watch interviews of american diplomats in India on NDTV, CNN IBN or some other news channel. I recommend Mr Roemer US rep in India.
May 9, 2011 10:26 PM