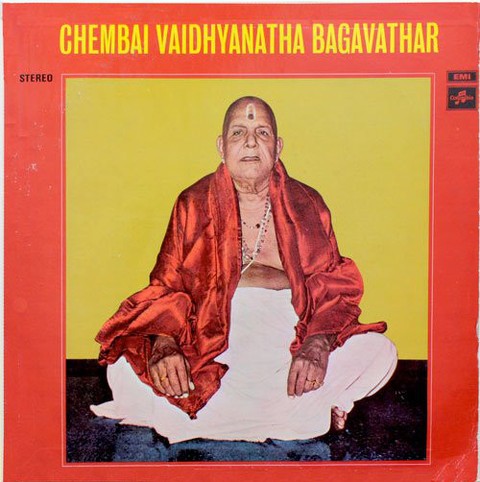 
Each spiritual journey begins with a step forward—the moment when you realize that there's more to life than you've been living.

Anonymous said...
Dear Sir Sri Vaithinathan Hariharan I am pleased to find the following in the blog of your esteemed self: Each spiritual journey begins with a step forward—the moment when you realize that there's more to life than you've been living What is stopping one to move on these lines? Our great saints have declared that the belief that "ONE" is existing is the impediment. There is One and Only One knowledge and the subsequents are only "reflected" When One strongly commits to this the Ego, that I exist as a Body slowly but steadily vanishes. Imagine that the entire society is adopting this and Oh God what a harmonious society we will get for a living. But this is easily said than practiced as one will not accept to lose the pleasures throuch the body and the imposed knowledge or conscience. Thank You, Sir With warm regards ravi (the name the body carries)

Anonymous said...
Thanks for your contribution. Can You please provide (if possible) the concert details viz. Venue, Date, Accompaniments etc. for all your uploads. Govind

hvaidya said...
Collection of these concerts are given to me by friends, who had not furnished these details. Hence, I am helpless

A heated discussion is going on in "The Hindu" letter to the editor column. If you have missed the original issue, (I thought all the rasikas who missed it in "The Hindu" may be interested to read this), Please read it below.

Addressing a function organised by Sri Krishna Gana Sabha to felicitate SVK (S.V. Krishnamurthy), the music critic of The Hindu, Mr. Ram said only those who could not understand its role had complained about music criticism.

He said many musicians and sabhas were “thin-skinned” and “not used to robust criticism that musicians in western countries get all the time whether they like it or not.”

“They want only favourable reviews, but that is decidedly not The Hindu's expectation,” he said, citing the guidelines evolved by the newspaper in consultation with critics for reviewing concerts and dance performances.

He said the critic was an individual expert rasika and writer on music and The Hindu chose “its critics and respected their musical knowledge, integrity, independence, judgement and writing style.”

Pointing out the inevitability of “subjective element” forming part of criticism, he said it would not matter as long as the critics made it clear to the readers the basis of the judgement and wrote insightfully, fairly and interestingly. Describing SVK as a man of tremendous integrity and honesty, Mr. Ram said, “Nobody can make SVK change his opinion of a particular concert or the gifts of the particular musician.”

“There are people who have complained over the years. That is because they do not understand the role of music criticism,” he said, adding that SVK never courted popularity and stuck to core classical values.
Mr. Ram said SVK, the son of humour writer SVV, was a major contributor to the declining tradition of humorous writing. His family had a 110-year-old association with the 132-year-old newspaper.
Mr. Ram praised SVK for going beyond day-to-day journalism and making an enduring contribution to the field through his books, particularly his four-volume ‘Know your Thyagaraja.'

Mr. SVK was given the Thyagaraja Seva Ratna Award instituted by P. Vijyakumar Reddy and Preetha Reddy in memory of late Obul Reddy and Gnanamba. The award carries a citation and Rs.1.5 lakh.
In his acceptance speech, Mr. SVK gratefully acknowledged the support of The Hindu, besides the friendship of Obul Reddy who was instrumental in publishing his book on Thyagaraja.
He wanted all the sabhas to celebrate Thyagaraja Jayanthi on May 4 every year.


Are musicians and sabhas thin-skinned, intolerant of criticism? Are The Hindu's music critics doing a good job?


I was extremely intrigued by the comments of Mr. N. Ram published on the 28th of February in The Hindu regarding critics and musicians during a recent function in Chennai. While he has been quite scathing in his criticism of musicians, saying that we are thin-skinned and want only favourable reviews, it is quite sad to note that there has been absolutely no self-introspection in his speech about the quality of critics in The Hindu. Barring a few critics, I can say as a student of this art form that the knowledge of the critics today is abysmal. It is not about understanding very complex technicalities, even at a very necessary level it is lacking. I can back this with numerous reviews published in The Hindu itself.
The situation during the music season is even funnier. Suddenly a dozen people who don't write through the year appear and start writing reviews. Often the reviews are only reports and any semblance of criticism is very mediocre. Let me even say that many reviews of even mine, which have been lavish in praise, have been extremely poor in content and quality.
Therefore it is not about only negative reviews; even positive reviews are bad. Some critics find it necessary to display their knowledge of music by trying to quote some technical aspects like derivatives of the raga etc while the real lack of musical acumen is very evident. Therefore while there are musicians who have not accepted harsh criticism there is also that the fact that The Hindu can no longer believe that its reviewers are of a quality to be respected. Comparing this with the detail and knowledge expressed in a review in, say, The New York Times is totally wrong.
Let me add that Mr. S.V.K. [S.V. Krishnamurthy, The Hindu's chief music critic], for whom this function was held, is a very rare breed. I have myself received both positive and negative reviews from him but never has this affected our relationship. There are people who have completely disagreed with him but we all know that his opinions are based on his personal perspective backed by knowledge of music.
While I will be the first to accept that we musicians are not an easy lot and do find it difficult to accept criticism I think there is also an urgent need for The Hindu to introspect on what the qualities of a critic should be and how they select the same.
No amount of guidelines will help unless the right people are found. I completely agree that robust criticism is very necessary but it can be robust only when people are chosen very carefully and at the same time I do agree that musicians need to understand the role of critics. But one is not going to happen without the other.
T.M. Krishna, Carnatic classical musician
N. Ram, Editor-in-Chief, The Hindu, comments:
T.M. Krishna is a very fine musician with a deep knowledge of Carnatic music. We have had interesting and useful interactions with him on various subjects. But evaluating music criticism is not his strong suit — judging from the condescending tone of this polemical response and his sweeping dismissal of the competence of our music critics. He enters some caveats in his polemic but his attitude is like that of a successful Test cricketer dismissing reportage and critical assessments by cricket writers by asking: ‘What does he know about playing in the middle? Has he played first division, let alone first class cricket, not to mention Test cricket?'
We and tens of thousands of our readers, knowledgeable as well as lay (like me), think highly of our critics, most of whom are well schooled in Carnatic music or are experts. The majority of them, in fact, are not staff journalists.
Mr. Krishna's forthcomingness is useful because it illustrates the very point I made at the felicitation function mentioned above and have been making generally over the music season — because it is a long-observed problem that needs to be faced squarely and resolved. If his sweeping and dismissive opinion of our music critics as a group can be said to be representative of the opinion and attitude of professional musicians (and sabhas) to music critics as a fraternity, it is certainly a problem of being either condescending or thin-skinned or both.
My critical observation, which “extremely intrigued” Mr. Krishna, drew explicitly from “What The Hindu expects from its music critics: Some guidelines” — guidelines we adopted some years ago in consultation with our music critics, which have been continually revised. The document can be read at www.thehindu.com. (Please click and read this also)
Para 10 of the Guidelines reads: “Finally, the critic is an individual expert rasika, and writer on music. We know that many musicians and sabhas are extremely thin-skinned. They are not used to the robust and, at times, fierce criticism musicians in western countries get all the time (whether they like it or not). Our musicians and sabhas want only favourable reviews but that is decidedly not The Hindu's expectation. We choose our critics and respect their musical knowledge, their integrity, their independence of judgment, and their writing style. It is your review and we know a subjective element forms part of this. It does not matter if you are alone in your musical judgment — as long as you make clear to readers the basis of this judgment, write insightfully, fairly, and interestingly, and comply with our deadline and word length requirements.”
While thanking Mr. Krishna for taking the trouble to respond to this criticism, we leave the matter for readers to judge.
Thanks to Mr. Bhaskaran Sivaraman for helping me to get this piece

Posted by hvaidya at 6:45 PM No comments: