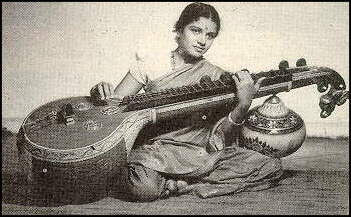 It is very sad that greats like M. S. Subbalakshmi did not live in this modern world with so much of technology, so that we could have recorded her every breath.

Mahalakshmi said...
Sir, I have heard that MS Amma also has sung Venkatachala Nilayam. I searched 4 this everywhere. but was helpless. So I humbly request u to upload it. Thanks in advance..
September 21, 2010 1:33 PM

I do not have Venkatachala Nilayam in her individual songs files from which I uploaded these songs. I have lot of concerts of M.S.S to be uploaded. Perhaps this may be available there. Please be on the look out for her concerts. If you have no objection to furnish your mail id personally to my mail, I will save it and I can intimate you personally when I upload it.

Where is our Country Heading to?

I thought, I should post this article in my blog so the present and future generation should know what is happening in our country with petty politicians. If you are an INDIAN please send this blog at least to one person, in service of the country.

[This article was written before Wednesday's
arrest-release drama of Raj Thackeray lasting a little over
90 minutes in Mumbai, which had triggered statewide panic.]

What happened in Mumbai, for want of a better word,
is barbarism.

The rabble-rouser behind it all is [Raj Thackeray] the leader of a party
called Maharashtra Navnirman Sena [which translates into English as
'the army for 's resurgence'] and an estranged nephew
of Shiv Sena boss Bal Thackeray.

Having made little headway since he distanced himself from his uncle,
Raj embarked upon this perfidy of public-disservice hoping that it will
fetch him political mileage.

The 'protest' against north Indians' growing influx into Mumbai has
resulted in several instances of mayhem.

In a nutshell – it was the worst kind of violent anarchy.

The elder Thackeray had whipped up passions against south Indians,
Muslims and non-Hindus on earlier occasions.

He, however, eschewed those pursuits due to a realisation that such
acts would fetch him neither votes nor popularity.

I have no way of knowing as to how long this apparition of a political
evolution will last, but that is another thing altogether.

One does not have to be a Sherlock Holmes to deduce that the young
whippersnapper has aped the actions of the party to which he once
belonged hoping to cash in on base regional sentiments by fanning
flames of hatred.

The Indian Constitution assures every citizen of this country an
inalienable right to relocate to any part of this nation, pursue any
vocation of his/her choice and earn a living peacefully.


Those like Raj Thackeray who make a mockery of this guarantee are acting against our very sovereignty and national integrity.

If north Indians cannot live in Mumbai, can Maharashtrians be denied the rights to live elsewhere in ? Will Raj undertake to nonsensically call for a recall of all such people?

It is common knowledge that many regional parties have indulged in some variations of this madness. Electoral niceties have ensured that some of them saw reason. Quite a few of them are turning over a new leaf for the better.

That said, it should also be stated simultaneously that many of these outfits continue to depend on evil, fissiparous shortcuts for political sustenance. We have witnessed this in Tamil Nadu in the past and the present.

Enough laws have been enacted to nip such tendencies in the bud.

Yet, central and several state governments hesitate to take stringent action against these vermin fearing loss of vote-banks and thereby become accessories to such atrocious audacities.

For the time being, no political party has condoned the cruel acts of Raj Thackeray.

Even the Shiv Sena has condemned Raj's antics.

The time is, therefore, ripe for mercilessly stamping out this stampede of scum using every subsection of the statute. It would send a strong message that these kinds of misadventures of other far-flung fascists will be dealt with an iron fist minus a velvet glove.

Hence, it would serve as a timely, useful deterrent.

Regional chauvinism is like a burning torch that can be flung at a tightly-knitted cluster of thatched huts called the Union of India by the hands of antinational, antisocial elements. The hands ought to be manacled without tarry and the flame doused ere it unsettles the entire settlement.

Anonymous said...
1) India was brought together. It did not come together as a nation. 2) Democracy is a western ideology. 3) You cannot put democracy on a plate and expect people to live happily. 4) The urge to improve (the society) has to come from within. 5) Reservation will be the end of India. Less educated have to be given equal opportunities to learn not to the jobs. Less educated will never learn the need for a strong, peaceful and stable society, protecting public property etc etc 6) You cannot take from some and give it to some others and expect the society to move forward as a single unit. Abe' Lincoln gave the african americans equal rights and opportunities as the white americans. But, he left it to the african americans to fight from where they are to where they want to be on their own merit. Abe' never took anything from the White man and gave it to the others.
May 8, 2011 9:38 AM

Labels: Where is our country heading to?
Newer Posts Older Posts Home
Subscribe to: Posts (Atom)