An autobiograhy of a middle class man - chapter 11

In life, we come across many relations. But, the relationship of a sister is something always special to many.  Particularly to me, it was something very special and my sister Saroji was great in many ways as sister. In our close circle, we are called “Paasamalar” sister and brother.
Today on 14th December, both my sisters were born, and today I celebrate for one and mourn for the other. Similarly, her death anniversary falls on the day her grandson was born. Perhaps even after her death she did not want me to suffer/or feel sorry on any day. 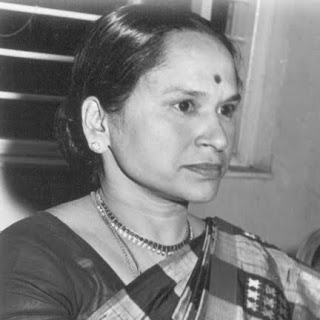 She was four years elder to me, and in our childhood, we did not live together much.  Since, my grandmother (father’s mother) was a “real”  mother in law to my mother, who got married at the age of fifteen and conceived  and gave birth to my sister, in the very next year. Life was miserable to my mother, and she continued to stay with my maternal grandparents, after she came home for delivery of my sister.  Thalaiyur, which was hardly two kilometers away from my father’s place Pavattakkudi, was home for my sister from childhood.

She never met my father for four years, and so, she was very much attached to my grandparents, uncles and aunts. After persuasions by elders, and promises given by my father, my mother went back to Pavattakkudi and continued the life with my father.  In the process, she conceived and delivered me next, followed by a younger sister and brother to me.
I do not remember anything of my younger day’s life with my elder sister, since she continued to grow with my maternal grandparents, even after my mother went back to our home. Then she proceeded with my maternal grandmother to Mayavaram for her studies along with her cousins.  I also went to Mayavaram to continue my school education. There were about seven or eight of us living under the supervision of my grandmother, and so there were no chances for very intimate or personal moments with my elder sister, except that she was my elder sister. The relationship in the group was uniform and special attachments were not visible as all of us moved as brothers and sisters. 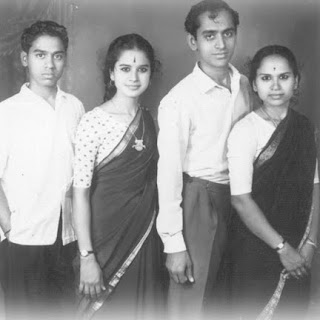 After, few years, since all my senior cousins completed their high schools, it was decided to close down the establishment at Mayavaram, since the number is dwindled. My sister Saroji, after completing S.S.L.C at Girls High School, Mayavaram went to Hyderbad, along with my aunt (chiththi – Mother’s sister) to go for some job, as we were not financially well off. 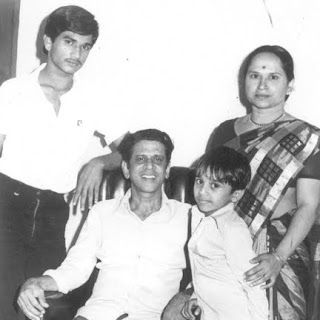 She was great character, and her life will be interesting for many women to learn many things, particularly, loving people without getting/expecting much from them. The only curse was, she was taken away from us, when she had every chance of enjoying her life, with what she missed throughout her life. I will be writing a lot about her in this autobiography, because she played very important role in my life through out. Saroji! I am not able to mourn on your death anniversary any more, because, your grandson Ayaan is born on this day. Now, I will cherish your birthdays always, as they are one of the very important days in our life. Because this is the day a lady was born to prove to the world, to what extent one can love a brother. And I will love to live for more number of years to spread this news.

Meenakshi Raman said...
Dear Hari Mama, Surprising to see a different dimention of saroji perima. She is really a wonderful personality. When ever i met her,I used to think that she may get angry at any time, so i must be careful when i talk to her.With this perception, probably i failed to understand her in a right way. Don't know how, Rasika used to love her too much and whenever we went to Bombay,she prefered spending time with Saroji perima only. She also read your autobiography and said, "There is a unique nature in me, my mom and saroji patti. That is.... FIGHTING AGAINST THE NATURE." With love, Meena.
December 30, 2009 11:31 PM

sudhama said...
uncle Hari i was thinking i know about u bot now i understand how much i don't know about u.I have seen u in my child hood days always smiling but when you r in grief due to your departed sister i have no words to console u.
March 28, 2010 1:27 PM

hvaidya said...
Thank you Sudhama for kind and nice words! I miss her 24x7 and nothing on earth is able to console me when I miss her; Not even your nice words. But your words did touch my heart since they are from your heart.
March 28, 2010 5:17 PM