Our national anthem - a different view

An interesting and shocking view about our national anthem, which every one of us should know. I got this confirmed from a Bengali relative of mine 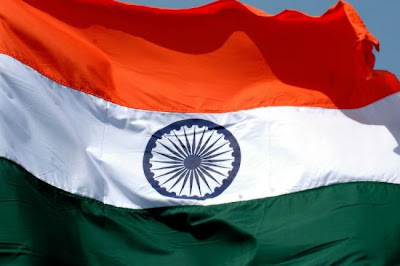 Facts about "Jana Gana Mana" - Just a thought for the National Anthem! How well do you know about it?


I have always wondered who is the "adhinayak" and "bharat bhagya vidhata", whose praise we are singing. I thought might be Motherland India! Our current National Anthem "Jana Gana Mana" is sung throughout the country.

Did you know the following about our national anthem, I didn't.

To begin with, India's national anthem, Jana Gana Mana Adhinayaka, was written by Rabindranath Tagore in honour of King George V and the Queen of England when they visited India in 1919.

To honour their visit Pandit Motilal Nehru had the five stanzas included, which are in praise of the King and Queen. (And most of us think it is in the praise of our great motherland!!!)

In the original Bengali verses only those provinces that were under British rule, i.e. Punjab, Sindh, Gujarat, Maratha etc. were mentioned. None of the princely states were recognised which are integral parts of India now Kashmir, Rajasthan, Andhra, Mysore or Kerala. Neither the Indian Ocean nor the Arabian Sea was included, since they were directly under Portuguese rule at that time.

The Jana Gana Mana Adhinayaka implies that King George V is the lord of the masses and Bharata Bhagya Vidhata is "the bestower of good fortune".

Following is a translation of the five stanzas that glorify the King:

Second stanza: Around your throne people of all religions come and give their love and anxiously wait to hear your kind words.

Third stanza: Praise to the King for being the charioteer, for leading the ancient travellers beyond misery.

Fourth stanza: Drowned in the deep ignorance and suffering, poverty-stricken, unconscious country? Waiting for the wink of your eye and your mother's (the Queen's) true protection.

Fifth stanza: In your compassionate plans, the sleeping Bharat (India) will wake up. We bow down to your feet O' Queen, and glory to Rajeshwara (the King).

It is time now to understand the original purpose and the implication of this, rather than blindly sing as has been done the past fifty years.

Nehru chose the present national anthem as opposed to Vande Mataram because he thought that it would be easier for the band to play!!! It was an absurd reason but Today for that matter bands have advanced and they can very well play any music. So they can as well play Vande Mataram, which is a far better composition in praise of our dear Motherland India.

Wake up, it's high time! Shouldn't Vande Mataram be our National Anthem.

Sent by Rajkumar Singh
Posted by hvaidya at 9:46 PM 4 comments:

In the mid-seventies, I began traveling to the southwestern parts of Alaska to photograph the coastal grizzly, or Brown Bear as it is referred to in the North. The falls along the Brooks River were becoming popular as a gathering place for bears because salmon pooled there as they made their leap upstream during migration periods. In early July, the river is running full and swift. The bears position themselves on top of the falls in a current that would sweep away the strongest human, but a large bear can weigh 1500 pounds and stand nine feet tall. The mouth is fixed and the stand is made. Salmon jump to the right, to the left, and eventually right up the center. Seldom does the bear lose his catch, allowing him to gain up to 300 pounds in the summer.

Everything in his pursuit is dependent upon a single factor: timing, as are the important pursuits in all of our lives.
Posted by hvaidya at 7:08 PM No comments: