Hemalatha said...
Dear Sir, Unable to keep pace with your uploads. If you are uploading so many articles, when will we download - when will we listen - when will go to office ? Great Uploads and a Greater Heart which shares. Hats Off ! Thanks and Regards.
December 19, 2010 10:46 PM

Lord RAM surveyed the Ram Sethu and said "Hanuman, how diligently and strenuously you and your vanara sena had built this bridge several centuries back. It is remarkable that it has withstood the ravages of the climatic and geographical changes over centuries. It is indeed an amazing feat especially considering the fact that a bridge at Hyderabad built by Gammon using latest technology collapsed the other day even before they could stick the posters on its pillars." Hanuman with all humility spoke "Jai Sri Ram, it is all because of your grace. We just scribbled your name on the bricks and threw them in the sea and they held. No steel from TISCO or cement from Ambuja or ACC was ever used. But Lord, why rake up the old issue now."

Ram spoke "Well, Hanuman some people down there want to demolish the bridge and construct a canal. The contract involves lot of money and lot of money will be made. They will make money on demolition and make more money on construction. "
Hanuman humbly bowed down and said "Why not we go down and present our case"

Ram said "Times have changed since we were down there. They will ask us to submit age proof and we don't have either a birth certificate or school leaving certificate. We traveled mainly on foot and some times in bullock carts and so we don't have a driving license either. As far as the address proof is concerned the fact that I was born at Ayodhya is itself under litigation for over half a century, If I go in a traditional attire with bow and arrow, the ordinary folks may recognize me but Arjun Singh may take me to be some tribal and, at the most, offer a seat at IIT under the reserved category. Also, a God cannot walk in dressed in a three-piece suit and announce his arrival. It would make even the devotees suspicious. So it is dilemma so to say."

"I can vouch for you by saying that I personally built the bridge."
"My dear, Anjani putra, it will not work. They will ask you to produce the lay-out plan, the project details, including financial outlay and how the project cost was met and the completion certificate. Nothing is accepted without documentary evidence in India. You may cough, but unless a doctor certifies it, you have no cough. A pensioner may present himself personally but the authorities do not take it as proof. He has to produce a life-certificate to prove that he is alive. It is that complicated."

"Lord can't understand these historians. Over the years you have given darshan once every hundred years to saints like Surdas, Tulsidas, Saint Thyagaraja, Jayadeva, Bhadrachala Ramdas and even Sant Tukaram and still they disbelieve your existence and say Ramayana is a myth. The only option, I see, is to re-enact Ramayana on earth and set the government records straight once for all."
Lord smiled "It isn't that easy today. Ravan is apprehensive that he may look like a saint in front of Karunanidhi. I also spoke to his mama Mareecha, who appeared as a golden deer to tempt Sita maiyya when I was in the forest and he said that he won't take a chance of stepping on earth as long as Salman Khan is around."
contributed by Ms. Aparna Ganapathy 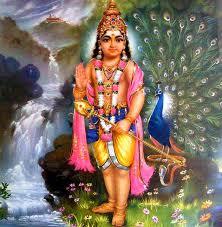 Arichandran said...
It is great. I was just searching these songs of P Susheela. Its all gifted by GOD to listen to her voice to rejuvenate our soul. I think you have wonderful heart to display such songs on net. Many in the world will see these and get them cleaned from sorrow in life. Its all our Tamil Language