Living in big cities might be great for your professional growth, however, you do fear the weekend, for it is the time when you get out onto crowded roads to shop or just roam around. You have to remember though that you take your car out and the biggest problem is parking your car.
But parking is no problem for Chinese wheelman Han Yue as he has done the seemingly impossible by breaking the tightest car parallel parking record. The Guinness Book of World Records has given its official nod to this feat too. Han managed to neatly slide his way into a gap measuring just 8 cm or 3.15 inch longer than the MINI 3 Door Hatch he was driving.
To give you an understanding of what all that is, the gap was probably smaller than the length of your smartphone. Han's feat shaves off 0.6cm from British driver Alastair Moffatt's record set back in July 2013 of 8.6 cm or 3.4 inch. The Chinese stunt driver has previously held the title in 2012 after manoeuvring into a gap of 15 cm (5.91 in).
Posted by hvaidya at 10:18 AM No comments:

Music need no knowledge of language

Nobody can stop love breaking the law

3-year-old Cooper Waldvogel defied his mother’s sergeant and won everybody’s heart on Tuesday.
Posted by hvaidya at 10:12 AM No comments:

Posted by hvaidya at 5:08 PM No comments:

Ranjit Sinha Is the Symptom

thanks to Seshadri Srinivasan
Posted by hvaidya at 9:36 PM No comments:

Posted by hvaidya at 7:33 PM No comments:

Sorry for not posting here since along time. My grandson has fully occupied my mind and I did not feel like doing any thing. Since so many followers are missing, and flooded me with mails I thought I should continue, whatever may be the situation. With greetings 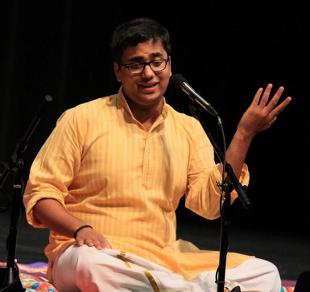 Have You Heard About Graphene?

Technology helps the world advance. As humans it's in our nature to investigate, innovate and solve problems. This curiosity means we make things, create things and develop new technologies. You can look back thousands of years for basic examples of technology pushing civilization forward. Most people don't understand the rapid change technology has on their life...or the speed at which change occurs. ////

The computer industry calls this trend 'Moore's Law'. It dictates that computer processing power doubles every 18 months. 200 times stronger than steel...150,000 times thinner than a human hair...more flexible than a sheet of paper.

You may have heard about Graphene. If you haven't, it's a newly discovered, very special refined form of graphite.
It's a one-atom-thick sheet of densely packed carbon atoms arranged in a honeycomb lattice. Put simply, it's a sheet of carbon atoms 150,000 times thinner than a human hair. Under a powerful microscope, it looks like chicken wire.

But what's so special about it? For starters, it's 200 times stronger than structural steel... It's extremely lightweight too... Soon, everything from bicycles and boats to aeroplanes and cars could be made out of graphene composites.

And when they are, their energy efficiency and durability could skyrocket. But that's just the beginning of what this new 'smart material' can do...Not only is it the strongest material researchers have ever tested — it's also one of the best conductors man has ever found. IBM has already created a graphene-based processor capable of executing 100 billion cycles per second. Researchers believe that in the future, a graphene credit card could store as much information as today's computers.

This one material alone could prove more revolutionary than — and soon REPLACE — plastic, Kevlar and the silicon chip. In fact, it's such a breakthrough that the first two scientists to successfully produce single-atom-thick crystals of graphene were awarded the 2010 Nobel Prize in Physics. And for good reason...In just two years, over 200 companies from a wide array of industries have researched the magical potential of graphene...
Scientists in the US and China are already using tiny graphene-based probes to target and identify tumours in live mice. They hope similar graphene-based particles could shuttle cancer drugs to tumours...or even kill tumour cells directly! Engineers at Northwest University, Seattle, found that specially crafted graphene electrodes could allow a lithium-ion battery — like those found in your smartphone or Toyota Prius — to charge 10 times faster and hold 10 times more power. And in 2011, chemists at Rice University, Houston, created graphene-based thin films — unlocking the secret to incredibly flexible, super-durable touch screens and solar cells that can wrap around just about anything...Samsung have already said its flexible displays should enter full-scale production later this year — and it expects to have a dozen more graphene-based products on the market within the next five.

IBM, Nokia and Apple are hot on their heels too. Touch screens...processor chips...casings...and batteries in everything from PCs and HD TVs to tablets, mobile phones and hybrids could be all made with graphene.
Smart phones so skinny and flexible you can roll them up and put them behind your ear...and so durable you can beat them with a hammer! Imagine how our world — and your life — would change if the batteries that run your iPhone...your Kindle...and your laptop held 10 TIMES more power and charged 10 TIMES faster than they do now...

This is just a taste of the cutting-edge innovations coming in of the Molecular Age......innovations that will reshape the future in the months and years ahead...and it's starting now. You're looking at a simultaneous eruption of
new-age technologies that will alter our lives on a scale not seen for 100 years.

Source: Popular science articles. For more info everyone knows what is to be done....

Posted by hvaidya at 1:12 PM No comments:

Labels: Do you know ?

The joy of kids - When dumped into cold water