This is a concert of Visakha Hari, not Sangeedha upanyaasam. But she was forced to give some details by the demand of rasikas, which were very useful. 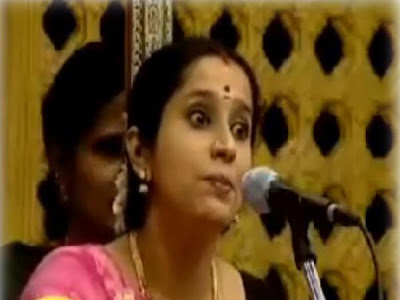 Is not India shining ?

Amazing at 5: Five-year-old Varsha Vinod, considered to be the world’s youngest black belt.


Juan Moreno, who is expected to represent Britain in the European Championships next year, said he was shocked at how good she was.


Moreno, 31 years her senior, said, “She is the ultimate karate kid. It’s hard to remember that she is just five, her skills and concentration are amazing.” Varsha, a student at the Academy of Martial Arts at Alappuzha, Kerala, trains for two-and-half hours each day, The Times reported on Saturday. — PTI