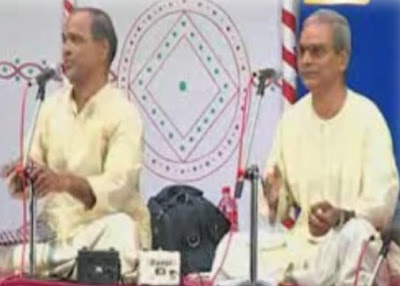 Latha said...
Hi Mama, Thanks for such a good upload. The song is you have put a question mark against is Valapu Dacha nelane in Varali ( I guess it is a Padam). They have sung it this year too in a concert. http://rasikas.org/forum/topic10101-hyderabad-brothers-concert-ttd-centerchennai-on-sunday-july-19-2009.html Regards, Latha

hvaidya said...
Thanks once again Latha.

Anonymous said...
I am unable to open the RTP file but i can open ragam and biolin + tanam files. 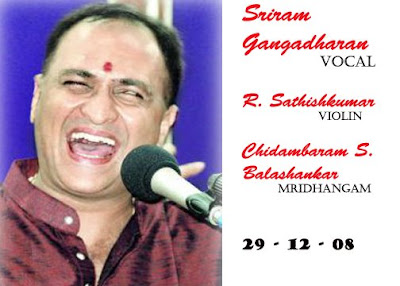 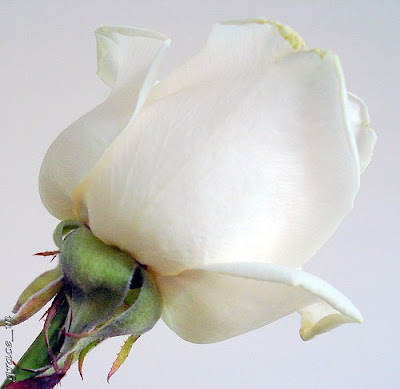 The previous post Mr. Karunanidhi & Kripananda Vaariyaar inspired me to post this for the benefit of readers of this blog 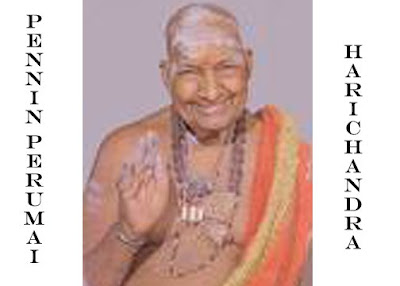 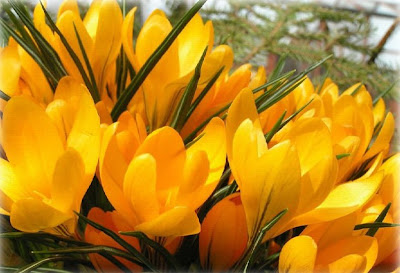 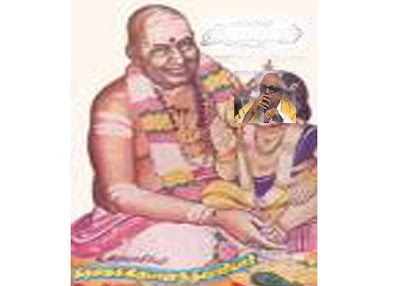 Here are some of the bus stops world-wide 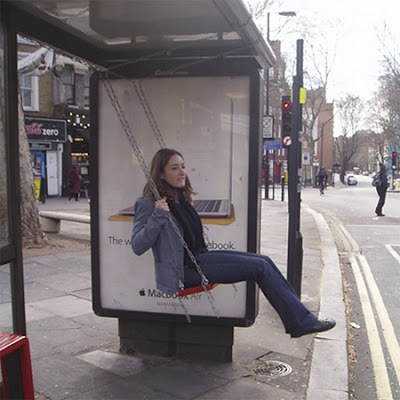 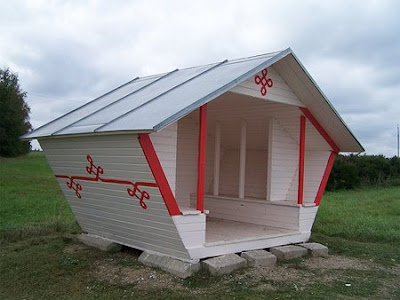 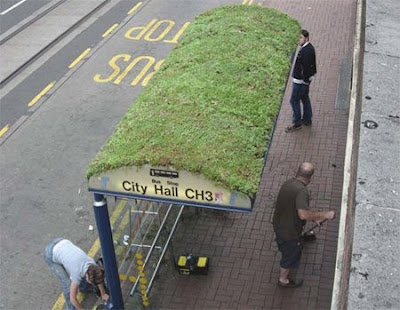 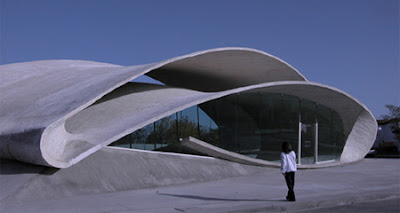 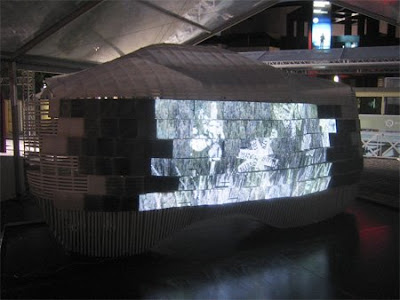 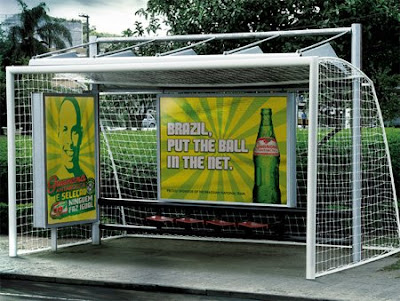 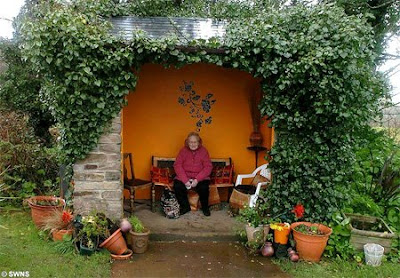 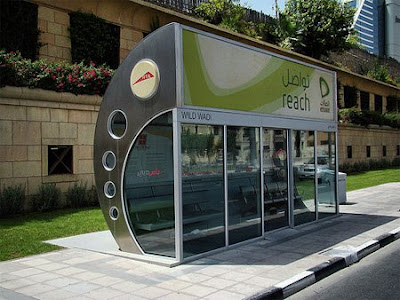 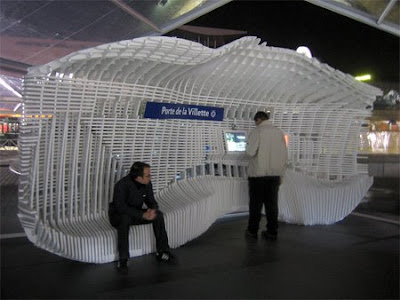 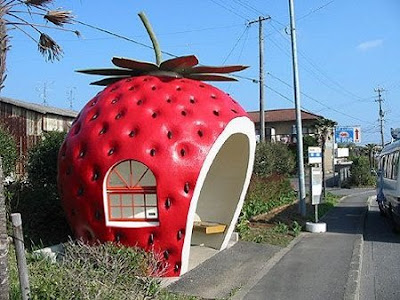 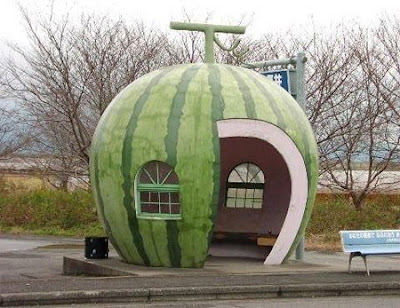 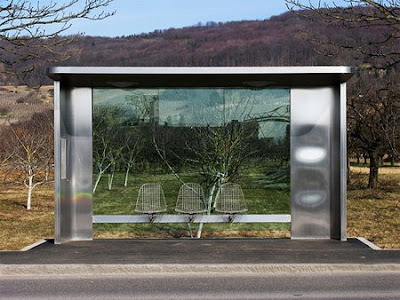 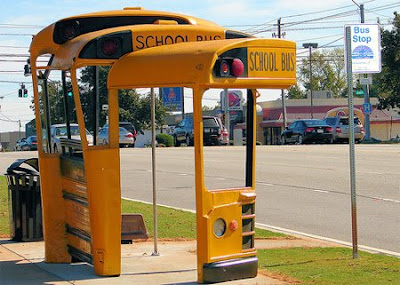 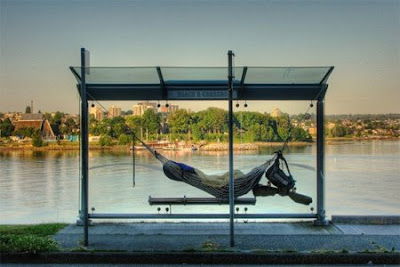 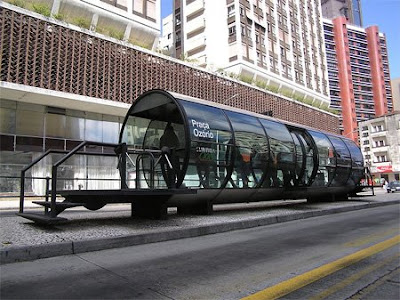 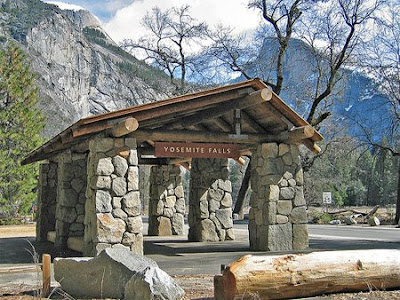 And this is our Finance capital Bombay city ( of course this was taken on a rainy day. It will look better on other days. ) 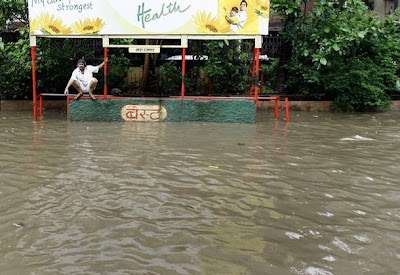 If you are an Indian and depressed, please see this bus stop designed and erected by mt nephew Sriram for his advertising company at Coimbatore. 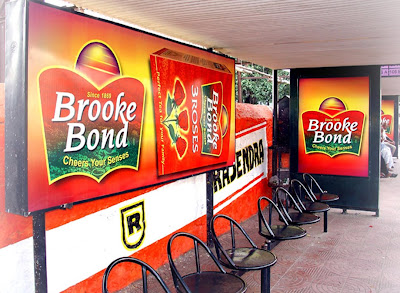 Hope India will also shine !
Posted by hvaidya at 5:49 PM No comments:

The Utsava Sampradaya Krithi songs are usually associated with rituals or offerings to the Almighty. Twenty-Seven in number, these songs stand out for their lyricism and simplicity, which enable even devotees with lesser or no knowledge of music to sing in choric unison. 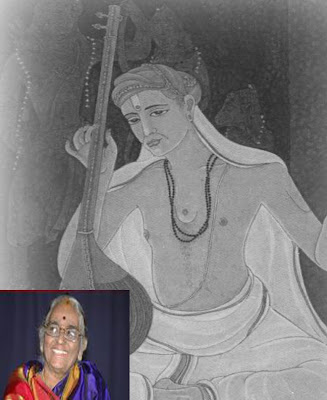 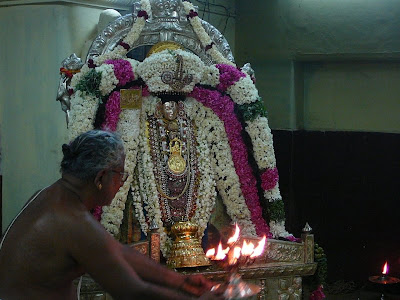 The woman in your life

Those, who just got married, or those who are likely to marry, please read this without fail. Parents! If you have not advised your son in this pattern,please do it right now, before it is too late. 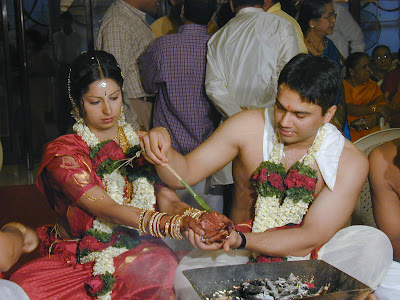 Yesterday you might have married an employed woman or Tomorrow you may get a working woman, but you should marry her with these facts as well.

Here is a girl, who is as much educated as you are;
Who is earning almost as much as you do;

One, who has dreams and aspirations just as
you have because she is as human as you are; 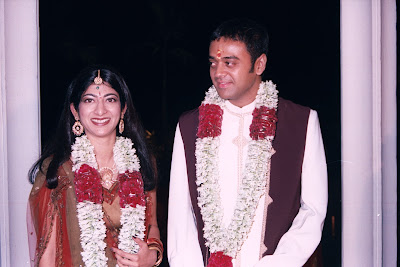 One, who has never entered the kitchen in her life just like you or
your Sister, as she was busy in studies and competing in a system that gives no special concession to girls for their culinary achievements.

One, who has lived and loved her parents & brothers & sisters, almost as much as you do for 20-25 years of her life;

One, who has bravely agreed to leave behind all that, her home, people who love her, to adopt your home, your family, your ways and even your family, name

One, who is somehow expected to be a master-chef from day #1, while you sleep oblivious to her predicament in her new circumstances, environment and that kitchen

One, who is expected to make the tea, first thing in the morning and cook food at the end of the day, even if she is as tired as you are, maybe more, and yet never ever expected to complain;
to be a servant, a cook, a mother, a wife, even if she doesn't want
to; and is learning just like you are as to what you want from her; and is clumsy and sloppy at times and knows that you won't like it if she is too demanding, or if she learns faster than you;

One, who has her own set of friends, and that includes boys and even men at her workplace too, those, who she knows from school days and yet is willing to put all that on the back-burners to avoid your irrational jealousy, unnecessary competition and your inherent insecurities;

Yes, she can drink and dance just as well as you can, but won't, simply because you won't like it, even though you say otherwise.


One, who can be late from work once in a while when deadlines, just like yours, are to be met;

One, who is doing her level best and wants to make this most
important, relationship in her entire life a grand success, if you
just help her some and trust her;


One, who just wants one thing from you, as you are the only one she knows in your entire house - your support, your sensitivities and most importantly - your understanding, or love, if you may call it.

Treating her with respect, caring about her well-being and happiness, showing her that she matters. It means being faithful to her, honest with her, being there for her. It means going the extra mile to show her that you're thinking about her.Treat the woman in your life with respect. It means putting her in high regard no matter who she is and where she came from

But not many guys understand this......

An old story with a new twist

This is an interesting old story with a twist, but thought provoking. Please read without fail. It is a fact, that we only read such stories and forget.
-Ant & Grasshopper
The Ant works hard in the withering heat all summer building its house and laying up supplies for the winter.

The Grasshopper thinks the Ant is a fool and laughs & dances & plays the summer away.

Come winter, the Ant is warm and well fed. The Grasshopper has no food or shelter so he dies out in the cold.

The Ant works hard in the withering heat all summer building its house and laying up supplies for the winter.

The Grasshopper thinks the Ant's a fool and laughs & dances & plays the summer away.

Come winter, the shivering Grasshopper calls a press conference and demands to know why the Ant should be allowed to be warm and well fed while others are cold and starving.

Star News, NDTV, Aaj Tak, show up to provide pictures of the shivering Grasshopper next to a video of the Ant in his comfortable home with a table filled with food.

The World is stunned by the sharp contrast. How can this be that this poor Grasshopper is allowed to suffer so?

Arundhati Roy stages a demonstration in front of the Ant's house.

Medha Patkar goes on a fast along with other Grasshoppers demanding that Grasshoppers be relocated to warmer climates during winter.

Amnesty International and Koffi Annan criticizes the Indian Government for not upholding the fundamental rights of the Grasshopper.

The Internet is flooded with online petitions seeking support to the Grasshopper (many promising Heaven and Everlasting Peace for prompt support as against the wrath of God for non-compliance).

CPM in Kerala immediately passes a law preventing Ants from working hard in the heat so as to bring about equality of poverty among Ants and Grasshoppers.

Lalu Prasad allocates one free coach to Grasshoppers on all Indian Railway Trains, aptly named as the 'Grasshopper Rath'.


Finally, the Judicial Committee drafts the 'Prevention of Terrorism Against Grasshoppers Act' [POTAGA],with effect from the beginning of the winter.

The Ant is fined for failing to comply with POTAGA and having nothing left to pay his retroactive taxes, it's home is confiscated by the Government and handed over to the Grasshopper in a ceremony covered by NDTV.

Arundhati Roy calls it 'A Triumph of Justice'.

CPM calls it the ' Revolutionary Resurgence of the Downtrodden'

- The Ant has since migrated to the US and set up a multi-billion dollar company in Silicon Valley.

- 100s of Grasshoppers still die of starvation despite reservation somewhere in India...

- As a result of loosing lot of hard working Ants and feeding the Grasshoppers, India is still a developing country!!!

Labels: An old story with a new twist 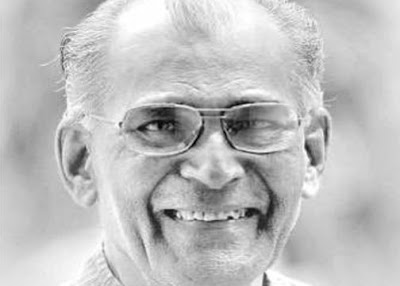 Posted by hvaidya at 9:50 PM No comments: 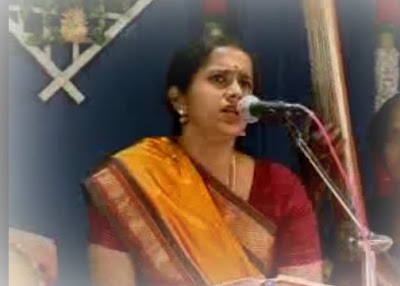 kozhumum said...
Really appreciate your noble service sir. Hope you do not mind, if i post your message to our Vishakha Hari Orkut community, so that it is of use to many. Respectfully, Karthik

hvaidya said...
Oh yes. Mr. Karthik. I have no objection to posting the availability of her discourses in your Orkut community.

Swami Iyer said...
Namaskaram, This is a great service you are doing. The fourth part in the Venkatesa Mahaathmiyam is not available in mediafire, can you please check to see whether the issue is with the link provided in this section. Thanks, Swami

hvaidya said...
It is opening. May be due to some server problem. Try again.

Siva said...
I am a retired person and I am new to the music world. On my friend's advice, I started paying attention in music. After hearing the donloads, I feel much blessed with Peace of mind. Thanks once again for your noble service Regards Vaazgha Valmudan Swamimalai Sivasubramanian

hvaidya said...
Thank you Mr. Siva subramanian. Music is the highest art and to those who understand , It is the highest worship. Thus told Vivekananda. All the best to you in your life.

Siva said...
Namaskaram Happy Deepavail Thanks for your reply. Some of the music files are in .M4a format and or not playing in music systems. If possible please post the files in .MP3 format. The originality is lost due to bad conversion by a third party converters. The video files are in .flv type and are not playing in music systems. If possible, kindly upload the files in a type compatiable to the music systems. Vaazgha valamudan Anbudan Swamimalai Siva

geetha said...
dear sir this is a wonderful service and a great idea. fantastic contribution.visaka haris some files do not open. thanks a ton to the namasankirthanams upload. mrs raja-dubai

hvaidya said...
Dear Geetha, I checked up all VisakhaHari links. they are all working and downloadable. Please let me know which one you were not able to download, to enable me to re upload if necessary.

cvsmuthy said...
Dear Sir, For the information of persons who do not know. All can download the real player software (free) from Google pack which comes with a free convertor and one can convert the M4a format to mp3 and the conversion speed is really fast.

narasimhan said...
Sir the links part 2 and part 9 are not opening for me . Pls c why it is so. Thanking u in advance !!!

hvaidya said...
Dear Mr. Narasimhan All the files you have mentioned are working. Perhaps there was server problem for some time. Try again. If not, please let me know. I will see how I can help you

narasimhan said...
Thank u for ur prompt response sir . Will try again and if I have any problem will let u know .

narasimhan said...
Thank u once again sir . I was able to successfully download the files.Keep up the good work sir..

K.R. said...
I was just browsing for something else and I gotten into the labyrinth and ended up in ebooks of Srimad Bhagavatham. A little bit delving into it brought it into the ocean of various items of interest which I would not have even dreamt about elsewhere. It was a real pleasure in getting access to it -- a true yeoman service you do to the music lovers. Just saying "thank you" won't suffice to express my gratitude in its full form. Bravo and may God shower his blessings on you. K.R. Raghunathan, Delhi

Crazzy 4 more said...
Thank you very much Sir.Am a great fan of Vishakha Hari and all these wonderful downloads have given me an oppurtunity to once again appreciate the Greatness of our Mythology and the new wonder woman Vishakha Hari.

Shanthi said...
Namaskaram Sir. I am out of words to thank you for uploading all the audio files of Smt. Visaka Hari. Living so far away, we are not able to attend these Kathakalakshepams, but feel thrilled to listen to them. Thank you very much.

I am not able to understand your comment. What do you mean "the print is not proper" Which print you refer to?

What do you mean Venkatakrisha song is not available?