Some interesting facts about my blog 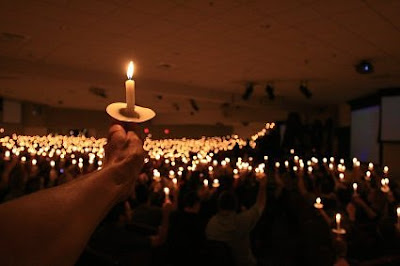 I started my blog, like many other bloggers, to express my thoughts and feelings in the internet. Incidentally, I posted some of my collections in Carnatic music, since, I always wanted to share whatever was in my possession. Surprisingly, there was very good response to these songs uploading and lot of readers started demanding more and more of songs. Thus, it has become the main feature of this blog.

Initially, I was uploading the songs in rapidshare, and there were lot of complaints from my readers, writing to me, that it is very difficult to download, and it was not allowing readers to download the songs easily, thereby the readers could not download more than one or two songs a day. Rapidshare was also deleting the songs if they are not downloaded within 90 days. With the difficulty in downloading and also because of the deletion of songs, out of the 2000 and odd songs uploaded by me got deleted and now only about 82 songs remain there, even though 2571 downloads, had happened.

Then I also tried imeem where it can direcly heard, without downloading, to prevent the difficulties of downloading. Even though, with 396 songs, it is being used by many and 5281 times the songs were heard. But readers were expressing their difficulty in downloading the songs in which they are interested, from this site. Interestingly the top five songs under this site are as follows:

Then I started to upload in mediafire , which was very easy to upload and everybody found it is also easy to download, without any restrictions. 1657 files uploaded so far, and total download served as on date is 50,403. An average of 600 downloads are happening now a days.
I am happy, that many, who are in far away places, who could not have access to these songs, because of many handicaps, could enjoy this divine music, and I want to mainly share this music with younger generations.

If you find that somebody is interested in this music, please tell him/her about this blog, so that they, particularly youngsters can develop interest to this music.

Labels: Some intersting facts about my blog

Sashi Tharoor, having achieved certain greater heights in his life, in places like United Nations

has perhaps become desperate, after losing his election to Secretary General's post. There is no doubt, that he is one of the best brains of India and his knowledge and intelligence can be of great asset to our country. Unluckily, he has chosen a wrong path to do his best to his motherland. He will be certainly a best Minister if he becomes a Minister also, specially for foreign affairs.

But will he be allowed to execute his thoughts and plans by our rotten politicians? Remember, some of the best brains who entered politics with great aspirations to their country?

Subramania Swamy, a scholar from Harvard University has become a "comedian" in Indian politics. Arun Shourie, Arun Nehru, Arun singh are in oblivion. Choose the ten best brains of India, and it is sure, none of them will be in politics. No doubt, it is a curse. The most powerful person in India as on date is a person who is neither qualified academically or intellectual, nor having any amount of intelligence to be appreciated. Because, politicians want only such people as leaders, so that they can continue to rule this country and its wealth.