Art sans brush, but with paper 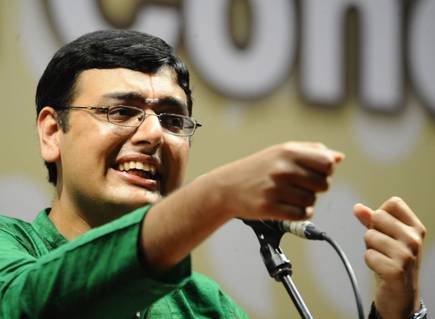 ....that life will resolve itself in the process of life itself.

Let the moment play itself out. Try to not push the river.
Life knows what It has in mind. Trust Life. It is on your
side.
Do you know how I know? You are still here.
How much more proof do you need?

Thank you so much for all the wonderful music that you have posted so far. Really wonderful job. Can you upload John Higgina bhagavathars rendition of "Krishna nee begane"? Would be much obliged. Thanks!
November 4, 2011 9:57 AM

Posted by hvaidya at 7:50 PM No comments:

How to safeguard your Bank ATM card from fraudsters?

Like the news on street-side robbery, house-breaking, bank robbery etc we are used to read in the news papers few years ago, nowadays we come across lot of news on debit card (also popularly called as ATM card) frauds.
Innocent people, especially salaried class are victims in these frauds as they expose their debit cards more in the ATM to take out their salary credited in the bank.
We provide here a news published in Hindu recently on one kind of these ATM Card fraud in which fraudsters were held by police in Chennai.

A gang that robbed 64 persons in chennai of over Rs.30 lakh last month after making fake bank cards has been busted by police.
The gang members used a slim skimmer device that they placed inside the card slots of four ATMs, in different locations, to obtain details of the victim's card details, including the PIN.

Police launched investigations after Commissioner of Police received complaints from 64 persons last month stating that someone had drawn large sums of money from their bank accounts.
When the victims made enquiries with their banks, the officials told them that the money had been drawn using ATM cards.
It was found that the money was drawn from four ATMs – in West Mambalam, Kilpauk, Kotturpuram and Saidapet.
“The gang opted for the four ATMs because these facilities had neither a security guard nor a CCTV camera. We gathered information about the movement of people who visited the kiosks and details of calls made and received on mobile phones of those who came to the ATMs. During the cell phone trace, our team zeroed in on a mobile phone number, which was used at all the four ATMs,” the police said.
Fraudsters confessed to having inserted film-thin skimmer devices made in China, worth $ 2,000 each in the card slots of the four ATMs. The devices with a two-day battery life are capable of capturing card details, including the PIN, through an advanced sensor panel when a customer uses the card issued by the bank. They replaced the skimmer devices every two days and used the information to make fake cards.
Advanced skimmer devices with sensors can detect the movement of fingers on the numeric pad on the ATM.
Earlier, a pinhole camera on the skimmer placed inside the card slot was used by culprits to read the PIN number. Now the fraudsters have gone one step ahead.
The police have advised ATM users to inspect card slots for any suspicious objects and change PIN numbers of their bank cards at frequent intervals.

We also provide a slide show below issued in the interest of people by Common Wealth Bank.
This slide-show shows the possible area where skimmer device is installed by fraudsters in the ATM.
Sent by Mr. Balayogi

Anonymous said...
While I appreciate the objective of this post, I don't think atms don't have cameras? Besides atms ask you to insert the card into a slot not swipe! if people are dumb enough to swipe at an atm!

- Check the atm quickly before you put your card or type things in.

- you can look for things like, has the keyboard been tampered with, is there something attached to the atm which could be a camera to the keyboard etc.

- above all, are some useless people hanging around the atm even if outside?

- stand very close to the atm and type in your number with both hands on the keyboard coz there are people who can guess what you type in by just looking. i.e dont act like a retard and type in your password with one finger one character at a time. thats all

- Plus TIP for the people who are eating at restaurant / shop at every hour.

** Don't let your card get out of your view i.e the waiter / staff dropping your card etc they will swipe it on the thing shown in this post and your credit is history.
November 4, 2011 12:14 AM
Posted by hvaidya at 7:40 PM 1 comment: