This is a repeat of the concert rendered by Mrs. M.S. Subbalaksmi, at Music Academy when she got Sangeetha Kalanidhi award, except two songs which were not rendered for want of time. 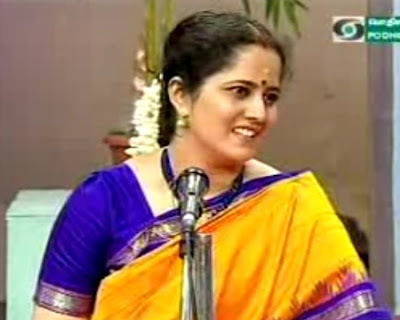 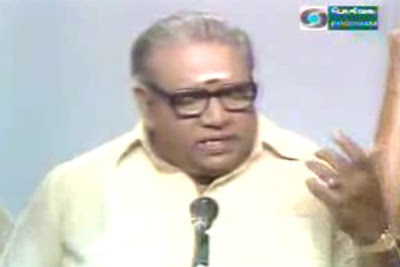 Posted by hvaidya at 2:57 PM No comments: 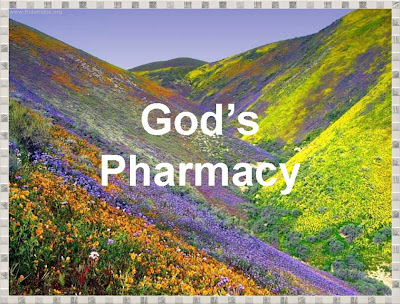 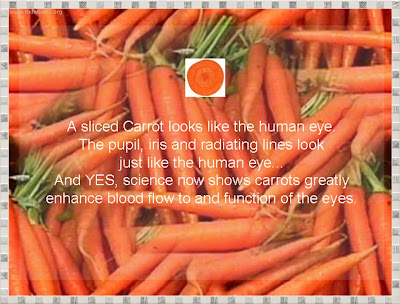 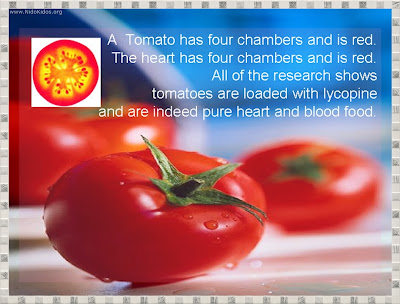 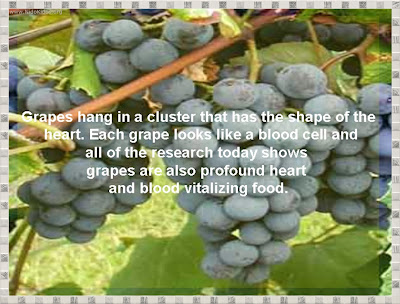 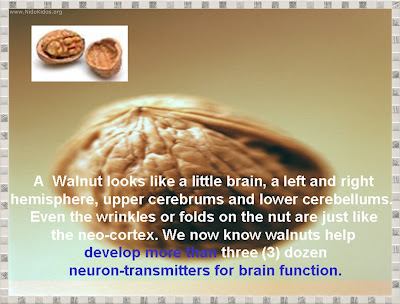 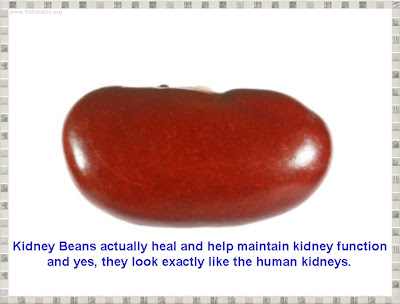 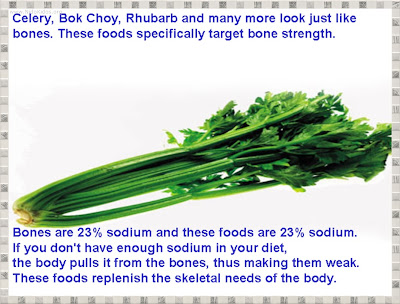 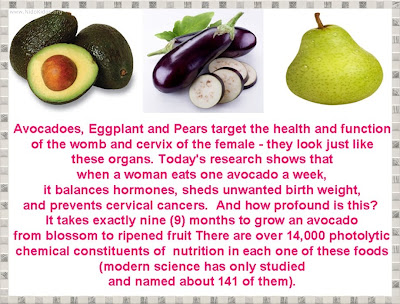 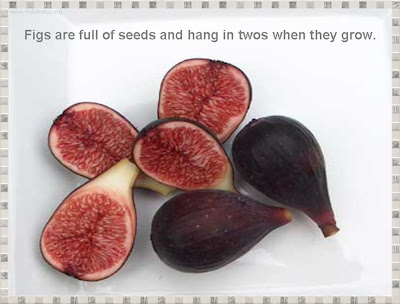 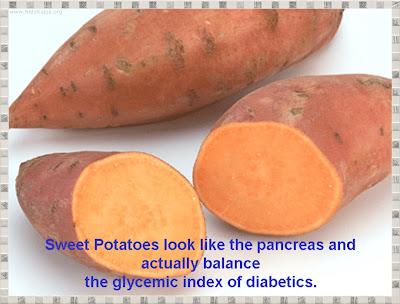 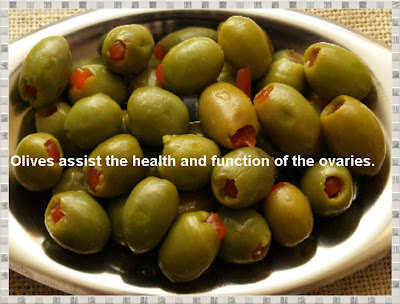 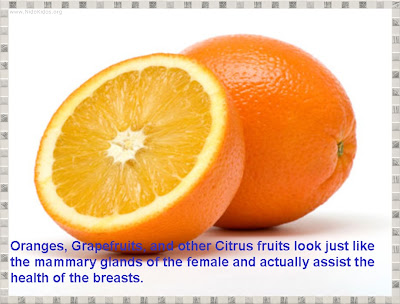 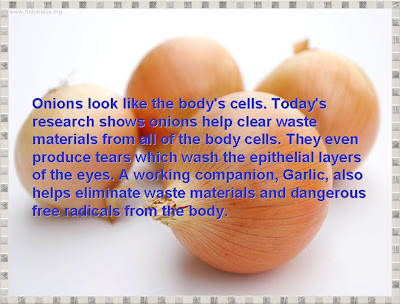 Vegetarianism
An Ethical Diet for Peace and Plenty

(This editorial is drawn from a talk given by the author during the
Gandhi Peace Panel lectures on October 2, 2008, at the Eastern
Connecticut State University, Willimantic, Connecticut, USA.)

In india, the land of ahimsa, or nonviolence, people have
traditionally been vegetarian. Hailing from a family of staunch
vegetarians, I consider myself fortunate to be living in harmony
with the principles of nature. As a Jain follower, I strongly advocate
a vegetarian diet, which I find superior not only from a moral stance, but also from
the health and culinary points of view.
Guests at our home, coming from both vegetarian and nonvegetarian backgrounds, are
always overwhelmed with what they describe as the unbelievable taste and richness
of our vegetarian cuisine.

Sadly, in recent times many Hindus, Jains and Buddhists, especially of the younger
generation, are no longer so strict about our precepts and have taken to nonvegetarian
food, mostly following the misconception that meat-eating is healthy. Truth be told, a
vegetarian diet is actually much healthier than one based on animal protein. It is argued
that there is a lot of protein in meat and eggs, but we do not need so much concentrated
protein in our diet. There is plenty of protein in nuts, seeds, pulses and dairy
products, which are also far easier to digest. Vegetarianism supports mental and physical
health as well as spiritual cultivation. Fruits, vegetables, pulses, nuts and milk products
provide a balanced diet which does not make our system toxic.

This is primarily because when an animal is killed, it becomes dead matter. In the case of many vegetables, if we eat part of the vegetable and re-plant another part, it can grow again;
it is still a living organism.

It is a healthy sign that more and more people in the US, UK, Europeand other parts of the world are taking to a vegetarian diet in modern times, chiefly due to health reasons. There is a growing acceptance in the West that vegetarianism connotes a more positive way of living than flesh eating. In India, the pilgrimage destination of Haridwar still enjoys the status of being a vegetarian city.

Even in Japan, known to be virtually 100 percent nonvegetarian, you can now find
vegetarian restaurants.

My friend Martin Gluckman, who runs the Vedic Society and teaches organic and
ayurvedic cooking in South Africa, hails Indian vegetarianism thusly: “India has the
world’s greatest cuisine and most variety of dishes, boasting to its amazing cultural
and spiritual heritage. It has a time-tested vegetarian cuisine offering a delight for all
senses and the heart. India can be proud to have the world’s largest per-capita number
of vegetarians (I have read reports of more than 40%). No other country can make such
a statement of humanity and nonviolence.

"Many spices that make Indian food so distinctive and delicious are greatest achievement and gift to the world. Only in years to come will the true value of this gift be known.”
It is important that we remain vegetarian not only for our health and nutrition, but from the points of view of spirituality, compassion, ethics, ecology and economics as well.
When we see the end product of meat in the supermarket or leather in the shoe store, there is a long chain of violence that created it. These products endorse and perpetuate violence in our society, which contributes to the terrorism that is rampant across the world.

Eating habits reflect upon a human being’s thoughts, speech and behavior. A nonvegetarian diet makes one prone to violence. By moving away from food of violence we can move rapidly toward world peace. Albert Einstein averred, “It is my view that the vegetarian manner of living, by its purely physical effect on human temperament, would most beneficially influence the lot of mankind.”

When a helpless animal is killed by a deliberate act of violence, it dies in great dread. Its body is flush with hormones produced by fear. These toxic substances enter the body of the person who eats the flesh and adversely affect his or her body and mind. I have always
wondered, how can the carcass of an animal that died in mortal fear give good health and refined, spiritual inclinations to its consumer?

Additionally, meat production is one of the most environmentally damaging industries in terms of pollution and inefficient use of agricultural land. According to a 2006 report from the United Nations Food & Agriculture Organization, livestock production is responsible
for more greenhouse gasses than all the motor vehicles in the world, plus it severely degrades land and water.

It is also necessary to remove the myth and argument that vegetarians will not get enough food if nonvegetarians do not eat meat. This is a fallacy. It has been conclusively proven that more people can be sustained on vegetarian food than a diet based on meat. Livestock
occupy over 30 percent of our planet’s land surface, and 33 percent of global arable land is used to grow their feed, pointing to why a meat-based diet requires seven times more land than a plantbased diet. Thus, one of the easiest ways to help restore our environment
and feed more people is to stop raising and killing animals for human consumption. We have no right to take the life of an animal when we cannot give it.

Some people may worry that self-control and too much care about nature would hamper development and bring about poverty. We know too well, however, that the more we consume, the more expensive things become, leading to the growth of the destitute
class. Reckless commercial development also results in economic and social crises, bringing further suffering to the poor. Ahimsa, or nonharm, does not deny economic development; it only exercises self-control, limits our desires. Desires are endless. More and more
desires give rise to materialism and extraordinary greed, far beyond basic human needs and sustainable consumption.

Greed results in the destruction of the very roots of our life. If we want to prevent the world from becoming a barren desert and our societies from growing into monstrous systems of injustice and suffering, self-control and nonviolence appear as the only reasonable
answer—not only for Jains, but for people of any creed. For any spiritual being, the destruction of life, be it in the air, the water or on the ground, is a sin. But even if you do not subscribe to this principle, you will agree that reckless destruction of life could eventually lead to mankind’s own demise. Jainism is not the only Indian school advocating nonviolence and self-control as central principles. Buddhism and Hinduism equally preach them. Cows are vegetarian. They represent the animal kingdom to Hindus, deserving our care
and respect; Indian vegetarian cuisine is abundant with tasty dishes, from the simple, spicy okra curry to the thick, hearty chick pea dal

R.P. Jain, is a director of Motilal
Banarsidass, a celebrated publisher of
spiritual and religious books in India.
E-mail: mlbd100@gmail.com
Posted by hvaidya at 10:09 AM No comments:

Labels: How to be fit and healthy

When America, Britain, Israel and many other countries are warning India, about the possible attacks by terrorists, in India on the eve of festive season, Mr. Karunanidhi releases 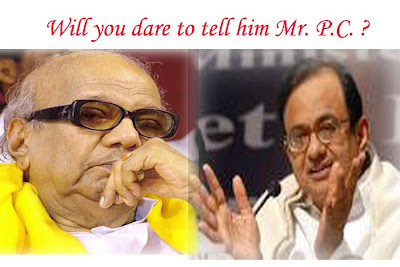 nine hard core terrorists from the prison quoting "Anna"s name. And today, Police is erecting barricades through out Coimbatore, issuing id cards to residents, Upping guard against strangers according to Times of India. It also adds funding for putting up the security barricades, would also come from local businessman and residents ( neither from Mr. Karunanidhi nor from his bankrupt Government). And the reason for all these activities according to Police commissioner Mr. P. Sivanandi " Our crime rate is not very high, but we want to make the city safe". A sudden inspiration !

Can Mr. Karunanidhi assure and personally guarantee you Mr. Chidambaram that these terrorists released last week will not indulge in any terrorist activities again or at least they will not be approached by their counter parts from Pakistan?

Would you be so calm as you are today on this issue, if the same would have been done either by Karnataka Government, or for that matter Madhyapradesh, Bihar leave aside Gujarat?

Are you compromising the safety of public, just to maintain your party's good relation with D.M.K?

While the whole north Indian English media TVs appreciating you tenure as Home Minister, with which we also agree, why did none of them questioned you about these releases? Are these terrorists are just criminals who murdered people on emotional out burst? Are they not cold blood murderers?

Please Mr. Chidambaram! We have great regard and respect for you for not having security guards, special planes, unlike your predecessor and dare enough to go to Hyderabad sports as a common spectator. But it does not mean you should be afraid of calling "spade as spade" irrespective of your leader's friendship to great(?) Kalaignar, not as a congress minister but as a Home minister of India.

Will you wake up in this case, Mr. Chidambaram?
Posted by hvaidya at 9:27 AM No comments: