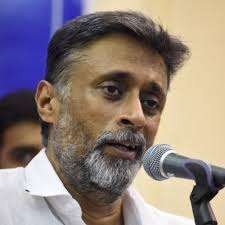 
...that it is never safe to look into the future with eyes
of fear.

Edward H.Harriman said that, and he was right. Nothing
is fearful lest thinking make it so. I can honestly say that
probably 95% of the things I was afraid of, it turned out
I had no reason to be.

And even if the thing you fear happens...so what? Again,
95% of the time your world is not going to fall apart, your
life will not be in danger. So drop fear by the wayside.
Just... let it go. Then make way for a surprising tomorrow.


Namaskaram sir,
thanks for the beautiful concert. Sir, i find the voice of shri sanjay subramaniam very different. It sounds like shri T m Krishna.regards
Nandakumar.
August 9, 2011 8:57 AM
Posted by hvaidya at 6:07 PM 1 comment:

To bust stress, all that Indian women need to do is believe in themselves
Chetan Bhagat


Alright, this is not cool at all. A recent survey by Nielsen has revealed that Indian women are the most stressed out in the world: 87% of our women feel stressed out most of the time. This statistic alone has caused me to stress out.  Even in workaholic America, only 53% women feel
stressed.

What are we doing to our women? I’m biased, but Indian women are the most beautiful in the world. As mothers, sisters, daughters, colleagues, wives and girlfriends – we love them. Can you imagine life without the ladies? It would be a universe full of messy, aggressive and egomaniacal males running the world, trying to outdo each other for no particular reason. There would be body odour, socks on the floor and nothing in the fridge to eat. The entertainment industry would die. Who wants to watch movies without actresses? Kids would be neglected and turn into drug addicts or psychopaths by age 10. Soon, all-male world leaders would lose their tempers at the slightest provocation, and bomb the guts out of each other’s countries. In short, without women and their sanity, the world would perish.

Yet, look at how we Indians, a land of spiritual people, treat them. At an extreme, we abort girls before they are born, neglect them in their upbringing, torture them, molest them, sell them, rape them and honour-kill them. Of course, these criminal acts are performed by a tiny minority.

However, a majority of us are involved in lesser crimes. We judge, expect too much, don’t give space and suffocate our women’s individuality. Imagine if you did this to men – won’t they be stressed out? At a broader level, this isn’t just about our women. We Indians have a habit of exploiting anyone without power. As a flip side, we are suckers for anyone with power.

We look up to corrupt politicians, keep voting them back, and feel they have an entitlement to loot us silly, because they are in power. In fact, we love power so much that when power comes to a woman, we automatically begin to regard her well too. Goddesses, female politicians, senior mothers in a household with a firm grip on family power – they all get our respect. Anyone else doesn’t.

This kind of society, which values power above equality and justice, doesn’t achieve too much. These societies remain like backward tribes, because they do not allow people without power to come up, even though they may have many talents. When we don’t allow our women to come up, or create stress for them if they do, we are not allowing half of India to come up. When we abuse our power, we kill the exploited person’s will to contribute to society. When we believe powerful people are always right, and the less powerful should be crushed, we resemble a jungle of animals. And animals don’t progress, humans do.


These regressive attitudes will take a while to change. For now, i want to give Indian women five suggestions to reduce their stress levels. One, don’t ever think you are without power. Give it back to that mother-in-law. Be who you are, not someone she wished you would be. She doesn’t like you? That’s her problem.

Two, if you are doing a good job at work and your boss doesn’t value you – tell him that, or quit. Talented, hard-working people are much in demand. Three, educate yourself, learn skills, network – figure out ways to be economically independent. So next time your husband tells you that you are not a good enough wife, mother or daughter-in-law, you can tell him to take a hike.

Four, do not ever feel stressed about having a dual responsibility of family and work. It is difficult, but not impossible. The trick is not to expect an A+ in every aspect of your life. You are not taking an exam, andyou frankly can’t score cent per cent (unless you are in SRCC, of course). It is okay if you don’t make four dishes for lunch, one can fill their stomach with one. It is okay if you don’t work until midnight and don’t get a promotion. Nobody remembers their job designation on their dying day.

Five, most important, don’t get competitive with other women. Someone will make a better scrapbook for her school project than you. Another will lose more weight with a better diet. Your neighbour may make a six-dabba tiffin for her husband, you don’t – big deal. Do your best, but don’t keep looking out for the report card, and definitely don’t expect to top the class. There is no ideal woman  in this world, and if you strive to become one, there will be only one thing you will achieve for certain – stress.

So breathe, chill, relax. Tell yourself you are beautiful, do your best and deserve a peaceful life. Anybody trying to take that away from you is making a mistake, not you. Your purpose of coming to this earth is not to please everyone. Your purpose is to offer what you have to the world, and have a good life in return. The next time this survey comes, i don’t want to see Indian women on top of the list. I want them to be the happiest women in the world. Now smile, before your mother-in-law shouts at you for wasting your time reading the newspaper