An autobiograhy of a middle class man - chapter 9

Kunnakkudi vaidyanathan and Valayapatti subramanian came to my memory, when I attended 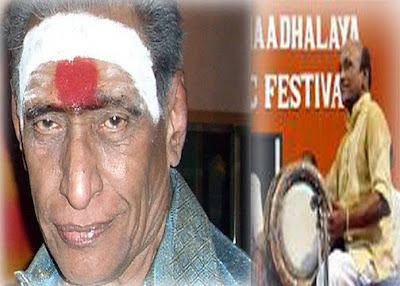 Dr. Narmadha and Injikkudi Subramanian's concert on 15th August 2009 organised by www. sangeethapriya.org at Raga sudha hall, Mylapore. Kunnakkudi and myself became very close friends, after we have organised " Kunnakkudi night" under the banner of Apsaras. Apsaras was a cultural organisation started on August 17th, 1972, with me as one of the founder secretaries, the other being my cousin K.S. Natarajan, an advocate. Mr. M.A.M Ramaswamy was our president, while Ms. Jayalalitha, 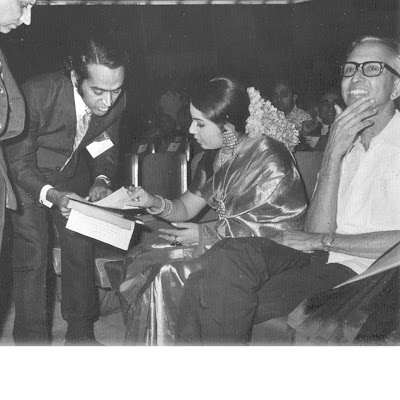 (me and Ms. Jayalalitha discussing about the speech to be delivered by her)

the present General secretary of AIADMK was one of our active Vice President along with Cine Director C.V. Rajendran, T. S. Krishnan, an advocate, T.R.S ( son of Mr. Ramanujam of Shanmugananda sabha, Bombay) and Late Dr. Jagadisan as other vice presidents. Mr. M. S. L. Narasimhan was our Treasurer.

Kunnakkudi night was a light music programme with Kunnakkudi conducting the orchestra, and the special feature of that programme was Ms. Jayalalitha singing for the first time on the stage. All our programmes conducted at Music Academy and this was a full house show. Kunnakkudy was so much impressed with the arrangements of the function with stage setting, publicity etc., has treated me like a younger brother and was more or less in touch with me every alternative day.

One day, when I was talking to him, I suggested that I like to do a novel programme with him which nobody has done so far. We were discussing various aspects of this programme and finally concluded "the violin with Thavil". Kunnakkudi roped in Valiapatti Subramanian. I attended one of their rehearsals and thought this programme will be a big bang and with our press meets and publicity, I concluded that Music Academy may not be sufficient to meet the expectation of public. 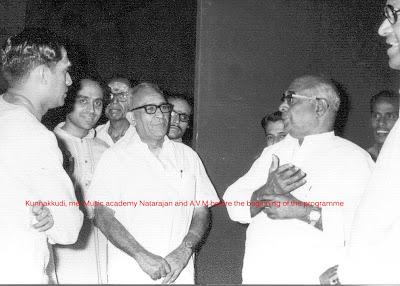 Kunnakkudi, me, Music Academy Natarajan and A.
V. Meyyappan. See how Kunnakkudi is respecting AVM

So We inaugurated the programme at Raja Annamalai Hall in Parrys corner, chennai, in the morning and conducted the programme in the evening at Music academy. It was a big hit, and Kunnakkudi and Valiapatti continued to do this programme for more than 3000 times all over the Tamilnadu and other places.

I am writing this because, a similar programme, went unnoticed with hardly 100 and odd people as audience, is injustice to the artists and to this great music. It might have satisfied the ego of organisers, and few people, but it is unfair, that this excellent programme was not heard by many. Perhaps, this programme will be uploaded in www. sangeethapriya.org and few more will download and enjoy this. Yet, it will not be a justification for the efforts taken by artists, if that do not reach more number of people. Any art which is not reaching as many people as possible, is becoming a waste, and it gives immense pleasure when it is shared by more number of people, not only to the artists but also to the listeners.

Kunnakkudi was not only a great artist but was also a great human being. He never missed to mention my name when ever he had an opportunity to talk about this combination and acknowledged it even print and television media. Five months before his death he was giving a violin performance at one of my relative's family function and he was not aware that I will be present. When he saw me there he called me to the stage and introduced me to the audience as the one who initiated their combination and paid encomiums to my great embarrassment. His one unfulfilled ambition was to give programmes at USA and I promised him in July 2008 that I will organise it, before my short visit to USA. He clapped his hand like a child ( which is one of hs mannerisms when he is very happy) and said "பேஷ், பேஷ், நீங்கதான் சரியான ஆளு ஹரிஹரன். arrange பண்ணுங்க. ஓஹொண்ணு பண்ணுவோம்" " You are the right person Hariharan. Please arrange it we will do it wonderfully". He had so much confidence in me. I heard the news at Sanfransisco, that he passed away. I will also die with the disappointment of not doing this in my life. I could not even pay my last respects personally to one of my best friends. 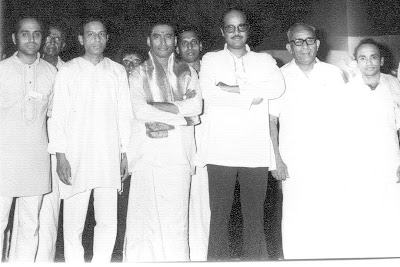