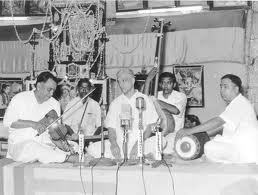 ...that there's more where that came from.

This is a key teaching; a most important message. The
goodness of the Universe is not limited. When something
"looks as if" it is running out, do not fret. This, or
something better, is on its way.

Sufficiency is the natural order of things. Good never
runs out -- although it may change form.

After World War II, one of the largest aircraft manufacturers, Boeing, turned its attention from designing military craft to building commercial planes, along with missiles and spaceships. (Unrelated fact: when Boeing was forced to spin off its passenger flight division, the newly-formed company became United Airlines.
Back to the late 1940s: Model numbers were assigned to each division of aircraft (from the Boeing website:) “300s and 400s represented [military] aircraft, 500s would be used on turbine engines, 600s for rockets and missiles and 700s were set aside for jet transport aircraft.
The company’s marketing department felt that the number 700 didn’t have enough pizzazz. So the first commercial passenger airline in the series was assigned the number 707 (pronounced Seven Oh Seven). The Boeing 707 is credited with launching the beginning the “Jet Age.”
It was decided that all model numbers that either began or ended in a “7” would be reserved for commercial jets.
The most well known aircraft in the 7×7 series is the Boeing 747, which also goes by the nickname “jumbo jet.” The 747 made aviation history. It was designed in the 1960s as a response to an increase in air traffic. It was the largest civilian airplane in the world.
To construct the massive 747, Boeing used a 200-million-cubic-foot assembly plant in Everett, Washington. According to the Boeing site, the total wing area of the original 747 was larger than a basketball court. And its gross weight was 735,000 pounds.
There are Boeing 757s 767s, 777s (the “Triple Seven,”) but the 737 and 747 are mostubiquitous in the public imagination. In 2009, the 787, the “Dreamliner,” made its debut flight.

Posted by hvaidya at 6:39 PM No comments: