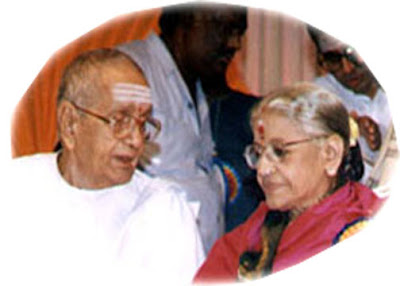 Aditya said...
Vanakkam Sir Those are wonderful uploads by u..Can u plz upload the posts containng rapidshare links again..They are not available for download.The Sahana song .. Also if u have Giripai Nelakonna or other songs of MS Amma plz upload them sir.. :)
December 2, 2008 5:39 PM

How cheap "the time" is in India

We read a lot, about how much "time" is precious, time is Gold etc. etc in various medias. But, actually, the time appears to be the cheapest in India.

I will narrate a small incident here. I am from chennai and my wife was born in Coimbatore. We wanted to have our birth certificates. Since, we were born, even before, the act for birth registration was enacted, our births were not registered.

Since, I was born in a village called Thalaiyur, in Nannilam Taluk, Tanjore District, I had to apply for the same in that place. With the help from a friend of mine in that village, who is an ex MLA, I could get a “no record " certificate after three months of application. Then I had to move the court in Nannilam to order for issuance of certificate and it had two hearings within a period of two months, and was ordered. When the Court order was presented, to the Thahshildar, he wanted to conduct an enquiry, and I had to go and wait for more than three hours, even though I was summoned to be there on a specific date at a particular time. After conducting the enquiry, the thahshildar passed the order to issue the birth certificate to the Village administrative officer, since he has to register it in his records. He took his own sweet time of more than three months. All these things, I could get it done, with considerable amount of expenditures. Leave aside, the expenses. How about the time consumed by the authorities and by me. There was no value for time in India to do a job.

I went to Tahshildar office, coimbatore at about 12.00 A.M. The challan is available in a different building of this compound. You will have to collect the challan, and go to some other building, where a clerk will put two rubber stamp seals of account number and some other detail. Then you have to obtain Dy. Thashildar's signature as approved for payment. Then I had to go to State Bank of India, to pay the amount which is far away from this office. There, you will have to take a token, to pay the amount in a cash counter. (Luckily, this is an automatic machine.) My token number was 248 and the number in the display board was 156. There were many waiting there either to pay or receive the money from 11.00 A.M when I reached there at 1.00 P.M. Even though there were five counters, only two counters were functioning and people were waiting patiently for their turn. Until 2.00 P.M the number changed was only to 169. I thought to pay a fee of Rs.10/- is it worth spending three hours and was expressing the same to my neighbour. He was desperate, and said,"Sir, we spend daily three to four hours to remit the money or to receive money. The Departments, do not accept drafts. The Bank does not bother to provide the staff in the empty counters and reduce the time wasted by many people. Even if they start accepting the drafts, then the same time may be wasted in the draft counters. Only advantage there can be is that we can apply for draft and pay the money(?) or issue cheque to debit our account, and collect the draft whenever they ask us to come. Thereby, the time spent in the Banks during working hours will be saved. Has anybody calculated the man power lost by each Indian, everyday, at various places, when he completes the work?

I, then losing my patience, approached the Head cashier and requested him, whether, he can help me to reduce my wastage of time for making payment of Rs.10/-. He flatly refused, and said that he cannot help. Then, I was forced to go out of the way of skipping the token number, and requested the lady in the counter, to accept the remittance and she obliged me at 3.00P.M.
I walked out of the Bank premises, hiding my face, since I felt guilty of breaking the rule, as my lunch time exceeded more than one and half an hour. Even though I am a retired person, the man power lost for this small job, appears to be very costly, and if the same happens to a person who is employed, what an amount of national loss it can be?
Posted by hvaidya at 5:12 PM 2 comments: