I was not in favour of your mother being the Congress President, because it indicated the dearth of an Indian leader to lead this party. I am happy now, that you are taking up slowly, but steadily the control of Congress, and I will even prefer, Priyanka becoming the Congress president, once you take over the official position in the Government. 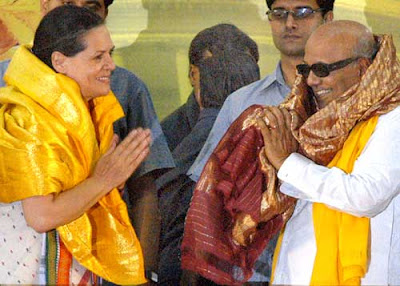 Even though, I do not like congress for various reasons, I do appreciate the impact you have created in Uttar Pradesh by winning more seats, and at the same time, eliminating caste based parties.

While you concentrate in improving the position in U.P and Bihar, please make it a point to concentrate in Tamilnadu, which has also got 40 seats for Parliament including Puduchery. No body was even thinking of improving the congress position in the state after 1967, and the people of Tamilnadu were made to suffer under the rules of Drvidian parties, who are now holding records for corruption in the entire India.

It is high time, the most corrupted DMK and AIADMK are to be removed from the power of ruling the state without interruption, and if it all anybody can do it now, it is only you by building up youth congress, by removing the sons and relatives of Congress leaders of Tamilnadu and simultaneously bringing in some young . dynamic, educated youth from the public.

If, not relenting to the pressures of Mr. Karunanidhi to make his family members as Cabinet ministers, and vehemently opposing T.R. Balu and A. Raja for ministerial posts, is also on account of part of your role, please continue this action by striving to improve the Congress party in Tamilnadu. It will not only, help Tamilnadu, but also the country as whole.

Tamilnadu, always had soft corner for Congress Party to be at power in centre, and to get 25 or 30 MPs from Tamilnadu may not be difficult, if you go independently as you did in UP. I am confident it can be achieved if not in 2014 but cetainly in 2019.

I wish you have the will and vision.

Yours truly
V. Hariharan
Posted by hvaidya at 9:48 AM No comments: