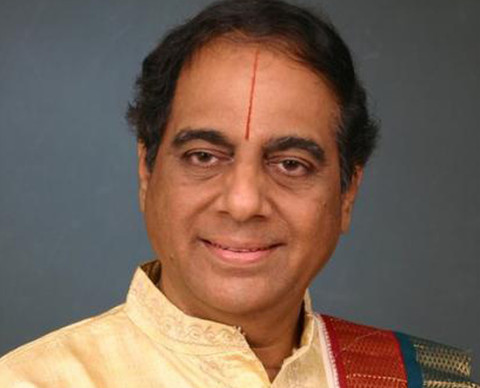 You are the storyteller of your own life and you can create the legend or not.

r b subramanian said...
Dear Hariharan, Thanks for the wonderful keeravani from Sri TNS. Is it possible to post the balance concert also? regards rbs

hvaidya said...
Dear RBS, I really do not know this is a full concert or part there off. I was having this as a folder with the title "Keeravaani special", only with these songs. Sorry, if that disappoints you.

Varadarajan.R said...
thanks a lot for this sir.

Courtesy : Sangeethapriya.org
To live a great life is to discover the life you have right now, instead of trying to invent a whole new life.
Posted by hvaidya at 10:35 PM No comments:

Just a few months ago, India was preening itself in the global spotlight. World leaders were queuing up to visit, and President Obama famously declared that the country was not simply emerging: It had "emerged."
Yet the elation the nation felt then was short-lived. With India's pride buffeted on a daily basis by tales of collusion between politicians, bureaucrats and businessmen and reports of billions of dollars lost to flagrant corruption, the mood among the nation's middle class is distinctly crestfallen.

India is experiencing what some people are calling "a reality check," or what business tycoon-turned-independent member of Parliament Rajeev Chandrasekhar sees as a "psychological crisis of confidence."


"In a sense, we had gotten caught up with the rhetoric and hype about our imminent superpower-dom," the 46-year-old former telecom entrepreneur said in an interview in his office in the heart of New Delhi. "People stopped looking at the system, which still needs a lot of work."

The fundamentals of the Indian success story have not changed: the tremendous power of the country's entrepreneurship unleashed by economic liberalization two decades ago, the rapid growth and spending power of its 300 million-strong middle class, the demographic dividend of its burgeoning young population. And although inflation has risen and foreign direct investment has fallen, India's economy, which emerged almost unscathed from the global financial crisis, is still expected to grow by 9 percent this year.

For years, that success had fed what many business leaders, economists and social commentators now acknowledge was a sense of complacency, a feeling that economic growth and the pursuit of wealth would solve the nation's problems and deliver a bright new future. Today, there is a realization that it is not enough for the government to get out of the way of the private sector and that it actually needs to govern, to deliver services instead of merely lining its pockets.

The idea that India was on an automatic path to becoming a developed capitalist economy was "delusional," said 36-year-old best-selling author Chetan Bhagat. "It doesn't just happen. It needs systemic changes, structural changes, cultural changes," he said. "And the biggest roadblock is corruption." Icons of industry humbled


Doubts about a bright future for India started to set in during the run-up to last summer's Commonwealth Games, with stories of blatant corruption and stunning incompetence shaming the nation.

But when India's comptroller and auditor general  reported in November, just a few days after Obama's visit, that mobile phone operators had been undercharged nearly $40 billion for allocations of 2G frequency bands in 2008, and leaked telephone conversations suggested the existence of an unsavory nexus among politicians, business and the media, the national mood really soured.


The billionaire leaders of industry had been the gods of the new India, people such as Anil Ambani, the head of mobile carrier Reliance Communications, who was voted MTV's youth icon in 2003, and the septuagenarian Ratan Tata, often seen as the embodiment of business with a social conscience.

In the past few months, those icons have been publicly humbled. In February, Ambani was hauled up to the Central Bureau of Investigation for questioning over the 2G scam, while Tata has been to court in an attempt to block release of the taped telephone conversations, which featured him, along with his lobbyist Nira Radia and other top industrialists, politicians and journalists.

" 'Have all my gods got feet of clay?' That is the question every Indian is asking," said marketing and branding guru Suhel Seth. "For the first time, you have a crestfallen India that doesn't have an inspirational icon to look up to."


In a February survey of urban middle-class Indians by the Times of India newspaper, 83 percent said corruption was at an all-time high, two-thirds said the government was not serious about tackling it, and 96 percent said it had tainted the government's image.


"The mood of the nation is now downbeat," said Madhurima Bhatia of Synovate, which conducted the survey.

The crisis of confidence is sharpened, political analysts say, by a leadership vacuum, with the elderly figure of Manmohan Singh standing apparently helplessly at the helm of a government in denial about the scale of the problems.


Singh talks of the corruption scandals as "aberrations" and accuses the news media of sapping India's self-confidence and spoiling its image abroad. It is an argument that seems to only make many Indians angrier.

Singh himself has been forced to agree to appear before a parliamentary panel investigating the mobile spectrum scam. His telecom minister is in jail, and he acknowledged "an error of judgment" when the Supreme Court struck down his appointee to run the country's anti-corruption watchdog because he was facing charges of graft.


Sulajja Firodia Motwani, managing director of the Kinetic Motor Co. and co-chair of the Federation of Indian Chambers of Commerce and Industry's Young Leaders Forum, said corruption had a "deeply corrosive impact" on young Indians, who were starting to feel it was limiting their opportunities to succeed.
"Young India wants to run ahead. We want to make a huge new superpower," she said. "On the one hand, there is much enthusiasm on the growth prospects. On the other hand, corruption in our country has reached such an unprecedented scale, it has become all-pervasive, and that certainly is a dampener for youth."

At the end of January, about 30,000 people, most from the traditionally apathetic ranks of the young and the middle class, marched in New Delhi against corruption, mobilized largely by a campaign on Facebook. There was no comparison to the protests that have convulsed the Middle East, and no one is expecting revolution in India. But there is a widespread feeling that the country is at an inflection point, that crisis can be turned into an opportunity, but that India needs to dramatically improve the quality of its governance if it is to fulfill its vast potential.

sent by  Hilda Raja
Posted by hvaidya at 10:17 PM No comments: